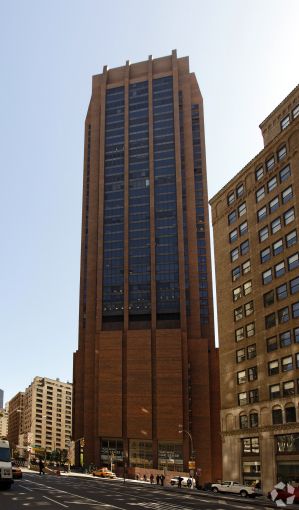 Dean & DeLuca has order itself up some New York City office space, Commercial Observer has learned.

The eatery has inked a deal for 9,000 square feet on the 37th floor of 3 Park Avenue between East 33rd and East 34th Streets, according to a press release from landlord Charles S. Cohen. This will be the first New York City office for the Wichita, Kan.-based company when it moves into the space near the end of this year.

Asking rent in the 10.5-year deal was $85 per square foot, according to the release. Dean & DeLuca first ventured into a the Big Apple in 1977 when it opened a specialty food store in Soho, the release indicates.

Ms. Supple said the café will also have a retail location with Assouline, a high-end coffee table book publisher that signed a 10,000-square-foot office lease at the building last April, she added. Ms. Supple declined to provide further details on the retail lease.

“It was a very good deal,” Ms. Supple said. “It’s nice because I also found space for Assouline in that building. We’re happy to have them here.”

Mega-publisher Houghton Mifflin Harcourt recently made the building its headquarters from 215 Park Avenue South between East 17th and East 18th Streets. The company signed several expansions at the building before even moving in at the beginning of this year. In total, the company has 102,000 square feet as of October 2015, as CO reported at the time.