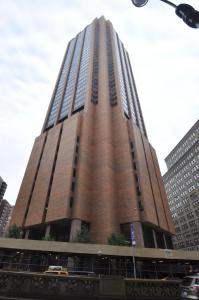 Assouline, the publisher behind high-end coffee table books, has taken 10,000 square feet on a portion of the 27th floor at 3 Park Avenue, according to a release issued by the landlord.

The company will relocate from its current home at the Starrett-Lehigh Building at 601 West 26th Street between 11th and 12th Avenues to the 41-story property between East 33rd and East 34th Streets, Commercial Observer has learned. It will likely move during the second quarter of 2016.

Kelly Supple of the Rutenberg Realty represented Assouline in negotiations. Ms. Supple did not immediately respond to a request for comment.

“We’re delighted that yet another prominent publishing company has chosen 3 Park Avenue for its corporate headquarters,” said Charles Cohen, the chief executive officer of Cohen Brothers, in prepared remarks. Mr. Cohen was referring to Houghton Mifflin Harcourt signing a lease for 35,000 square feet at the property last year.

Asking rents were $69 per square foot, according to the release.