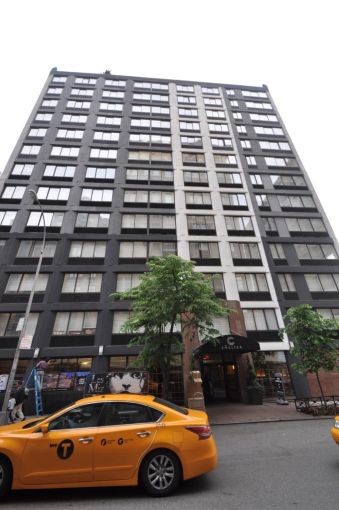 NYCB provided Greystar with $115 million to finance its buy of The Chelsea, an 18-story apartment complex at 160 West 24th Street at the corner of Seventh Avenue and a connected three-story retail building at 167 West 23rd Street in Manhattan. The firm acquired the two attached Chelsea buildings for $211.3 million from Chicago-based LaSalle Investment Management and both the sale and financing closed on Feb. 25, according to city records made public earlier this month.

“We have borrowed from [NYCB] before and they’re a great lender,” Mr. Faith said. “They have been very good to work with on acquisitions that we’ve done in the Greater New York area before, and we’re very excited about this acquisition. It’s a great location and right in the heart of Chelsea.”

Meridian Capital Group’s Abe Hirsch and Zev Karpel negotiated the financing on behalf of the borrower.

The company plans on upgrading the building’s lobby, hallways and other common areas, as well as the kitchens and floors in the apartments, Mr. Faith said.

The two properties, at 247 North 7th Street and 248 North 8th Street, both between Roebling and Havemeyer Streets, were just completed and are currently being leased up, Mr. Faith said.
A spokesman for NYCB declined to comment. A representative for Capital One did not immediately respond to requests for comment.