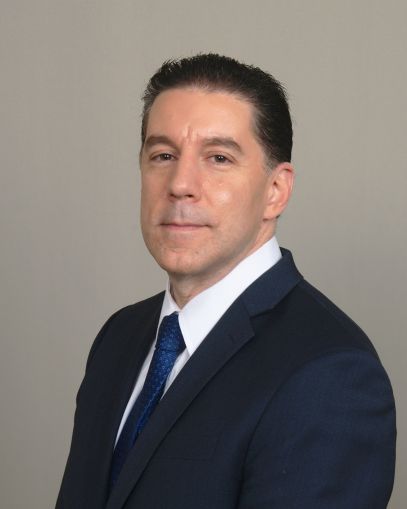 Gary Simonetti, a senior director and head of bank loan originations in TIAA-CREF Global Real Estate’s New York office, has had a busy 12 months with the launch of the firm’s lending arm. The lending program—which operates through TIAA Direct, the company’s affiliated federal bank—committed $325 million in debt across 17 loans since early last year. Mr. Simonetti told Commercial Observer why the program is focusing on smaller-sized deals, and talked through some of the challenges of the launch. He estimates that TIAA-CREF will originate up to $450 million in mortgages this year.

Commercial Observer: How did you get your start in the real estate business?

Mr. Simonetti: By accident! I have an accounting degree and was hired here for that role many years ago. Back then all the investment officers were on one floor and I would take a break from my spreadsheets and walk around. Their work seemed so exciting; they had maps spread all over their desks—no Google Earth back then!—pictures of new real estate developments hanging on their walls, and they were flying all over the country to seek out opportunities. One young investor officer asked me to “run some numbers” for him and we built a relationship, which eventually led me into the investment area. It’s a relationship that has lasted nearly 20 years. That young officer was Rick Coppola, my current boss and now managing director, and head of capital markets for TIAA-CREF Global Real Estate.

Why was 2015 the right time for TIAA-CREF to launch its bank-lending program?

Our client, TIAA Direct, was established in 2010 and being fairly new, wanted to build out a portfolio of commercial mortgage investments in 2015.

While we may be known as a retirement provider, we are in fact a very large, diversified global asset manager with expertise across multiple asset classes including fixed income, equities, real estate and alternatives. This collaboration with the bank utilizes the full suite of capabilities that we offer as one of the world’s largest owners of institutional real estate assets, including asset management, underwriting, commercial mortgage investment and portfolio management. The bank wanted to leverage this expertise and we felt it was an exciting opportunity to engage with a new segment of the market and meet the financing needs of borrowers in the core, value-add and transitional real estate segments on a somewhat smaller scale than we had done in the past.

What were some of the biggest challenges you faced in launching the platform?

It’s always a challenge starting something new within a large institutional platform; we needed to be productive and serve our client, while at the same time build out a team of originators, develop internal processes and procedures, and produce new loans. The other challenge was marketing this new program. TIAA has a great reputation in the marketplace for investing in large, long-term fixed-rate commercial mortgages, which we have been doing for decades; however, we needed to educate brokers, borrowers and real estate owners that we have a new lending program with the capability to provide short-term financing on a floating- or fixed-rate basis with loan sizes ranging from $10 million to $25 million.

Why is there a focus on smaller loans?

The credit officers at TIAA Direct are taking a prudent approach by starting the program with relatively small deals with the intent to gradually grow investment size over time. The goal is to build a $1 billion commercial mortgage portfolio on the bank’s balance sheet within three years.

What are your origination goals (or projections) for 2016?

We are collectively developing our business plan right now with our client; however, we would like to build upon the origination momentum gathered in 2015. We are targeting $400 million to $450 million of new commitments for 2016, so at an average deal size of $18 million that’s about 22 to 25 new deals.