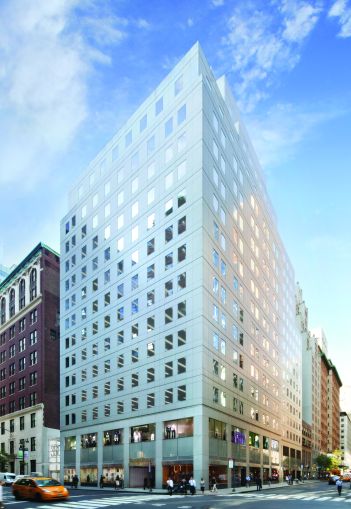 Marketing and communications firm HL Group has signed a deal to relocate to a full floor of 350 Madison Avenue, landlord RFR Realty announced in a press release today.

The 350 Madison Avenue lease is for 10 years, according to an RFR spokesman, and the asking rent was in the high-$70s per square foot. RFR declined to provide what floor the company will be on, via the spokesman.

In the last year, the landlord has begun filling out several levels of the 25-story property to financial firms and asset managers. Last month, Commercial Observer reported that Alkeon Capital Management expanded to a total of 23,000 square feet on two floors of the building. Bank Leumi USA last February signed a three-floor lease for more than 58,000 square feet, as CO previously reported.

AJ Camhi of RFR represented the landlord in-house with Mitchell Konsker and Alexander Chudnoff of JLL, which Frederick Fackelmeyer of CBRE represented HL Group. Mr. Fackelmeyer was not immediately available to comment, per a CBRE spokeswoman.

The HL Group deal was the second lease to recently close for RFR along Madison Avenue. The landlord also signed literary agency Janklow & Nesbit to a full floor at 285 Madison Avenue, which is four blocks south, between East 40th and East 41st Streets, as CO reported earlier today.

“The activity we’ve seen at both these buildings since RFR completely reimagined them speaks to tenants’ desire to match a sought-after location with an array of exceptional on-site amenities,” Mr. Konsker said in prepared remarks. “Janklow & Nesbit and HL Group reinforce this by choosing to relocate to them and we’re happy to welcome each as tenants to the buildings.”