Maker’s Row Settles Down on Court Street in Downtown Brooklyn 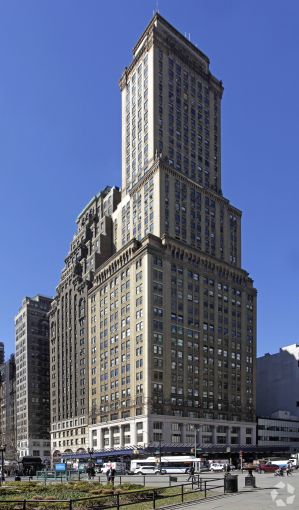 Tech start-up Maker’s Row has found new digs in Downtown Brooklyn and has committed to a five-year lease at the location, according to the brokerage that negotiated the deal.

Maker’s Row will occupy 3,146 square feet of built-to-suit space at 16 Court Street between Remsen and Montague Streets, amassing the 12th floor. The tenant will be moving in this quarter, a press release from Ingram & Hebron indicates. The asking rent was $55 per square foot.

The company selected 16 Court Street, Brooklyn’s tallest office tower, because of its central location, easy access to many subway lines and its brand new lobby, including bicycle storage, as well as new elevator cabs, corridors and windows, the announcement indicates.

“Moving into our new space at 16 Court is the start of a new chapter for us and also for Downtown Brooklyn as a whole,” Tanya Menendez and Matthew Burnett, the co-founders of Maker’s Row, said in a prepared statement. “Maker’s Row is growing quickly, and we look forward to being in a community that can grow with us and is amenable to creating open and modern environments, especially as Brooklyn continues to transform itself as a hub for the next wave of entrepreneurs.”

Founded in 2012 in an apartment, Maker’s Row provides entrepreneurs, product designers and companies with online access to U.S. manufacturers. The co-founders then moved to a New York University incubator at 20 Jay Street, followed by a Regus temporary space and then temporary space at 16 Court, while waiting for construction to be finished for its more permanent space.

“Many Brooklyn start-ups have pursued spaces in Dumbo because they could find synergies with businesses in similar stages of growth,” Mr. Hebron said in the release.  “However, Dumbo’s popularity ultimately created intense competition for space and high prices. Brooklyn’s ‘Tech Triangle’ initiative has afforded opportunities for young companies, such as Maker’s Row, to begin mixing with Downtown Brooklyn’s more traditional office users.”