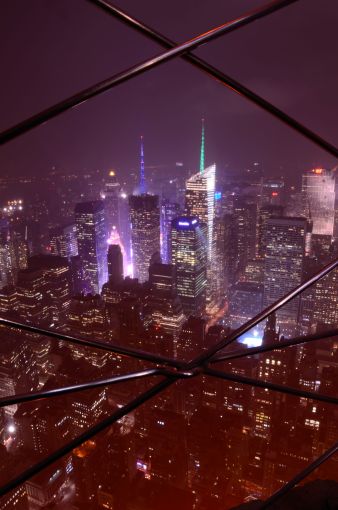 While the national hotel market has experienced its 70th month of growth in revenue per available room, or RevPAR, commercial mortgage-backed securities lending in the U.S. lodging world is about to reach its peak, according to a recent report from Kroll Bond Rating Agency.

Analysts at the firm pointed to a shift to slightly more conservative underwriting standards in the last few weeks as an indication of caution in the lending market.

Hotel loans have been underwritten with higher debt yields and shorter amortization schedules which could be a result of pricing volatility in the bond market, the KBRA report states.

“We see it as a sign that recent challenges in the lending environment may result in improved origination standards and more conservative valuations,” Anna Hertzman, a managing director at the rating agency, told Commercial Observer.

That change in credit metrics is a contrast to last year, when underwriting deteriorated because of competition among lenders looking to securitize hotel properties, the report stated. In 2015, analysts saw “loan structures with inadequate reserves to fund brand-mandated [property improvement plans] as well as inadequate structure surrounding franchise expiration during the loan term or at maturity.”

Another issue that KBRA analysts took note of was the securitization of hotels with limited operating history, Ms. Hertzman said. “We started to see more aggressive underwriting in terms of properties that aren’t as seasoned as you would typically want to see in a CMBS deal, like a property that came online maybe 11 months ago, so you don’t have the full 12 months of any history,” she said.

However, improved credit metrics will not make it easier to get deals done. While fundamentals in the hospitality market are generally healthy, some big cities have already topped off when it comes to hotel lending.

“Overall, U.S. wide, we’re near the peak and in some markets we’re already past the peak, like [in] New York and Houston,”Ms. Hertzman said. “And in the case of New York, the performance has already started to decline.”

After the recession in 2009, limited construction financing in the hospitality market led to a constrained supply, which resulted in improving occupancy, RevPAR and average daily rate, or ADR. From 2011 to 2015, supply rose no more than 1 percent each year, compared with the industry’s long-term average of 1.9 percent, according to the report.  However, a more “accessible” debt market allowed for greater hotel development and 2015 ended with roughly 469,000 rooms in the pipeline nationwide—a 13.9 percent increase from the year prior and the highest since 2009.

That being said, conduits have seen the amount of hotel collateral increase, accounting for 16.4 percent of KBRA-rated CMBS deals in 2015.

“Prior to the financial crash, the top three property types have been retail, office and multifamily,” Paul Fitzsimmons, the head of CMBS research at the firm, told CO. “In the past few years, the Freddie Mac program has gotten so big that the hotels are generally the third-largest property type. [Another] reason for that growth is that hotel loans are generally more profitable for an originator to make.”

While oversupply in New York City and Houston have hurt fundamentals, KBRA analysts expect flat occupancy levels and moderate RevPAR growth in 2016 and 2017 across the U.S. However, with more hotels coming online in 2018, the new supply will increase capitalization rates and slow the growth of RevPAR and net cash flow. The report concludes that those factors “will make financing a hotel more challenging just at a time when a reported $20 billion of hotel loans securitized in 2006 and 2007 are maturing.”