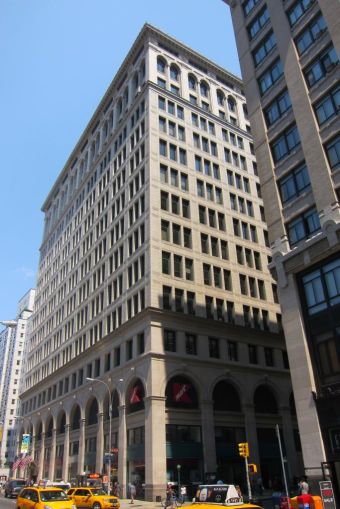 The social network last week signed an 80,000-square-foot deal at the 1.2-million-square-foot building between East Eighth Street and Wanamaker Place, David Greenbaum, the president of Vornado’s New York division, announced in an earnings call this morning. News of the growth comes a year after Facebook last signed a lease at the property.

Neither the asking rent nor the length of the lease was immediately available. Vornado declined to comment further via a spokesman. It wasn’t clear who represented Facebook in its most recent deal. The company did not immediately return a request for comment.

News of the deal comes as Vornado also announced it had completed a $700 million refinance of the Greenwich Village office building, as Commercial Observer reported earlier this morning.

This is just the latest in a string of expansions for Facebook at the Greenwich Village building. Last year the publicly traded company signed a lease to grow by 80,000 square feet, amassing the entire top floor of the 15-story building, as CO previously reported. Asking rent in that deal was $100 per square foot. That lease gave Facebook 275,000 square feet at 770 Broadway.

Silicon Valley, Calif.-based Facebook has had New York offices at the century-old property since 2013, when it first signed on for 156.948 square feet, according to CoStar Group. J.Crew and AOL are among the building’s other office tenants. K-Mart has a 145,454-square-foot store in the base of the building, CoStar shows.

Mr. Greenbaum said 2016 has already showed signs of strong leasing activity and that the company has about 550,000 square feet in active lease negotiations.