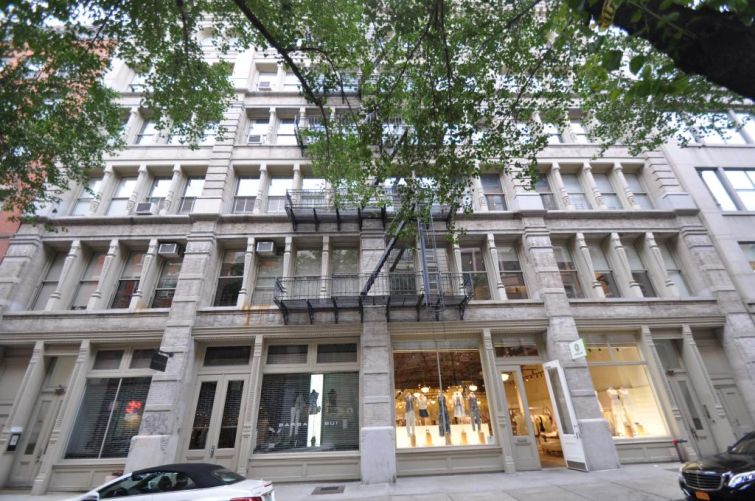 The shop will leave its current Soho home at 107 Grand Street because it will have “a more central Soho position at 117 Wooster,” between Prince and Spring Streets, said Christopher Owles of Sinvin Real Estate, who along with colleague Sarah Shannon represented the landlord, Jordan Wooster Associates.

Ted Baker took 7,875 square feet at 117 Wooster Street—4,075 square feet on the ground floor and 3,800 square feet in the selling basement of the six-story residential building, Mr. Owles said. It is space previously occupied by French designer Barbara Bui, which has since shut down its retail operations in New York City. The asking rent was $1.85 million per year.

“Ted Baker moved to this location to benefit from the increased traffic in a more central part of Soho and a position near other global brands,” Mr. Owles said. The other retail tenants in the six-story building are Athleta and Birchbox.

“This shows continued interest in the central Soho blocks and continued improvement on Wooster Street in particular,” Mr. Owles said. “This is in large part because these brands needed relatively large floor plates and there are limited options for stores of such size on Greene and Mercer. There are also very attractive stores, architecturally and have legal selling basements.”

Despite the interest on Wooster Street, Soho has been riddled with retail vacancies, as CO reported last year, raising the question of whether Soho retail rents have peaked. On a random week in August, there were were 96 stores that were either vacant or available for lease from Canal to Houston Street, and Thompson Street to Broadway.

“I think this shows that while there may be less overall volume of deals there has been steady and impactful leasing activity in Soho and it remains an important and desirable position for many brands,” he said.

Laura Pomerantz and Betty Ende of Cushman & Wakefield represented Ted Baker in the deal. A spokesman for C&W didn’t immediately respond to a request for comment.