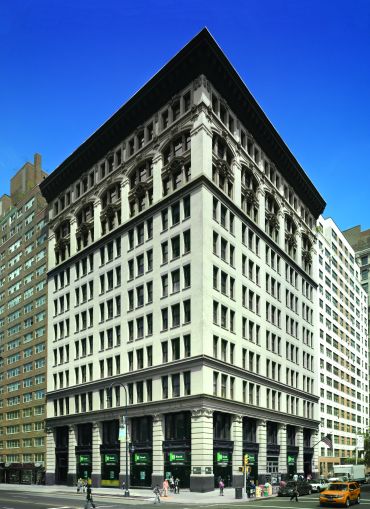 AltSchool, an independent school for pre-K through eighth grade, has signed a 12,090-square-foot lease at RFR Realty’s 90 Fifth Avenue, for a third location in New York City, the landlord announced today.

The institution will occupy the entire second floor of the 140,000-square-foot office building between West 14th and West 15th Streets with the roughly 11-and-a-half-year deal. An RFR representative declined to provide the asking rent.

“AltSchool uses outstanding teachers, deep research and innovative tools to offer a personalized, whole child learning experience for the next generation, and we’re pleased to welcome this growing institution to 90 Fifth Avenue,” Jordan Claffey of RFR, who represented the landlord in-house, said in prepared remarks.

Cushman & Wakefield’s Wayne Van Aken, Michael Hofmann and Robert Yaffa, brokered the deal for the tenant, but did not immediately return a request for comment via a spokesman.

AltSchool has a technology-driven approach to education. Middle school students are equipped with an iPad or Chromebook laptop, for example, and teachers customize lessons to suit individual students and personalize growth.

The institution has six active locations nationwide and five scheduled to open this year. There is one opening at 1 Avenue B between East Houston and East Second Streets this fall and another in Brooklyn at 212 Hicks Street between Montague and Remsen Streets, which opened last year. The Brooklyn location serves just 30 students, but received 1,200 applications, according to The New York Times.

Last year, the school raised $100 million of additional funding from investors, including a fund that Facebook’s Mark Zuckerberg finances, according to multiple reports.