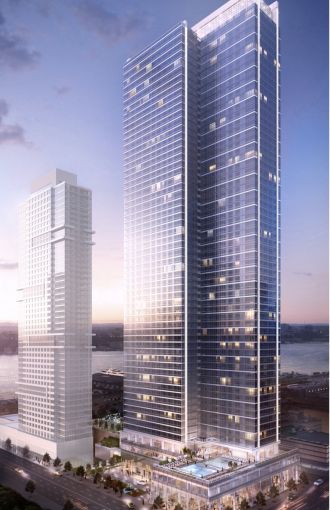 Called Life Time Athletic at Sky, the gym will open in March, as The Wall Street Journal first reported. A spokeswoman for Life Time declined to provide the terms of the deal for the fitness center, which will be located on three continuous floors at the base of the building.

Life Time’s new club will be comprised of three pools (two outdoor and one indoor), a full-sized indoor basketball court, a cafe, yoga and cycling studios as well as a spa. It will be Life Time’s 120th fitness center in the country.

There were no brokers involved in the transaction, Life Time’s spokeswoman said. A representative for The Moinian Group did not return a request for comment via a spokeswoman.