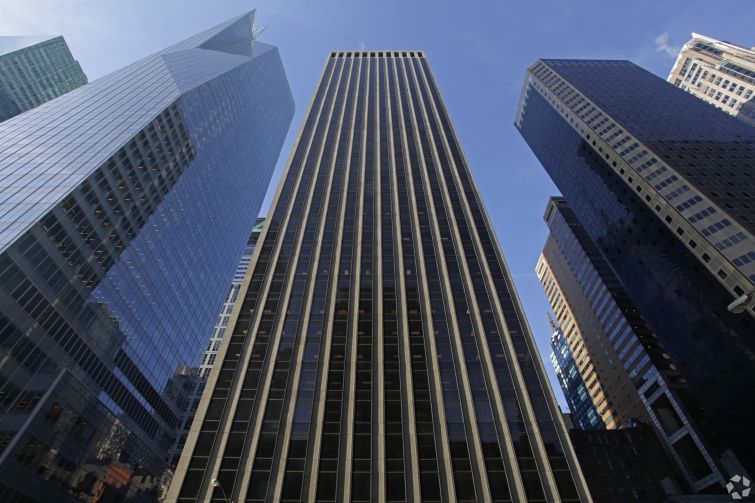 ING Financial Holdings has decided to relocate its New York City offices to four floors of the Durst Organization’s 1133 Avenue of the Americas.

The Dutch banking giant inked a 10-year deal last month for 132,400 square feet on the seventh through 10th floors of the 45-story Midtown building between West 43rd and West 44th Streets, according to the landlord. That fills a decent chunk of the space vacated by the Internal Revenue Service in September 2014, which Durst has since flipped and shopped to potential tenants.

Asking rent in the deal was in the low $70s to the low $90s per square foot, according to The New York Post, which first reported news of the deal.

The Amsterdam-based company will slightly reducing its size from its current lease at Paramount Group’s 1325 Avenue of the Americas between West 53rd and West 54th Streets. ING currently leases 164,836 square feet on the fifth through 11th floors of the 814,892-square-foot building, according to CoStar Group.

Durst has been filling up the IRS space, which totaled 285,000 square feet on the second through 10th floors of the 1.1-million-square-foot building, as Commercial Observer previously reported.

The National Basketball Players Association in September signed a deal for 47,294 square feet on the entire fifth floor and part of the sixth floor, as CO previously reported. The pro-athlete union will relocate from Harlem. Its new space, part of the old IRS offices, will feature a basketball court on the fifth floor, which has 24-foot ceilings.

CO reported at the time that the landlord was shopping around for about 300,000 square feet on lower floors of the building. Mr. Romeo told the Post this week that leases currently under negotiation would fill the building.