Under Construction: Floors 2 Thru 10 at 1133 Avenue of the Americas 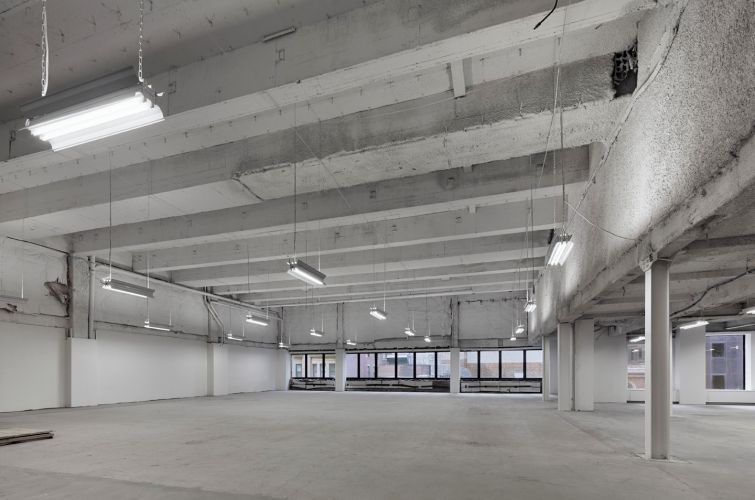 Vacant space at 1133 Avenue of the Americas. dschlangerobserver

When the IRS’ lease expired in September 2014 at the Durst Organization’s 1133 Avenue of the Americas in Midtown, a coveted piece of prime real estate became vacant for the first time in 20 years. Roughly 285,000 square feet on floors two through 10 are now being marketed for occupancy, and have received the attention of prospective TAMI tenants.

The 1.1-million-square-foot, 45-story limestone building was designed by Emery Roth and Sons and completed in 1970 and already went through one $10 million renovation in 2013—but the IRS’ departure offers an exciting blank canvas. The Durst Organization has aided the process by demolishing the IRS’ set-up and investing capital in the raw spaces to ensure their attractiveness to prospective tenants. Asking rents across the eight marketed floors are $75 per square foot, and whoever takes these floors will share a building with tenants that include Bank of America, ACE Insurance and Patterson Belknap Webb & Tyler. Steinway & Sons recently committed to 40,500 square feet at the property for office use, a ground-floor showroom and retail space.

The fifth floor of the property, which is 35,291 square feet, is double-height and column free. The Durst Organization boasts that the space is large enough to fit a regulation-size NBA basketball court.

“Tenants are attracted to it because it offers them opportunities to create unique spaces,” said Thomas Bow, a senior vice president and director of leasing for Durst who is responsible for overseeing all commercial leasing for the organization. “It could be a studio space. It could be an auditorium. It could be a cafeteria or an event space for a tenant.”

According to Mr. Bow, some prospective TAMI tenants with whom the Durst Organization is in active conversations are creatively brainstorming about how to use the fifth floor as a recreation facility for their employees.

“The fact that [the space] can accommodate a basketball court is important,” he said. “They have examined other recreational uses, including a squash court and a rock-climbing wall.”

The second floor of the building features access to two outdoor terraces that are collectively 7,700 square feet. While only 22 feet above the ground, these exclusive spots offer views of Bryant Park, the Empire State Building, the Chrysler Building and Central Park.

This space also affords tenants the opportunity to have their own “building within a building.” Since the IRS was a government tenant, employees were not permitted to use the main entrance on Avenue of the Americas. Instead, the agency had its own lobby and separate entrance at 110 West 44th Street.

“The entrance to the lobby is brand new,” said Mr. Bow, who called the space both “very dramatic” and “very inviting.”

“The unique thing here is a tenant can either have a ‘building within a building’ or they are free to come within the front door, which has recently been renovated,” said Mr. Bow.