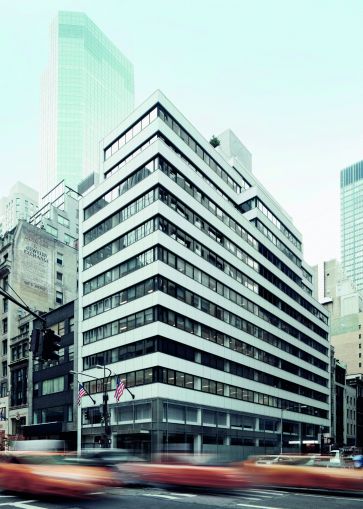 Hollis Park Partners is moving to 7,620 square feet at 579 Fifth Avenue, according to JLL, which represented the landlord, Stawski Partners, in the deal.

The hedge fund, which manages a structured products fund, took the entire 15th floor at the Fifth Avenue building at East 47th Street through a 10-year lease.The asking rent was $75 per square foot, JLL indicated, and the deal includes a private terrace setback.

Hollis Park Partners will be relocating from 1540 Broadway between West 45th and West 46th Streets.

“Hollis Park Partners sought a new, modern office at a top-notch office property that was appropriate for its growing and expanding fund,” said JLL’s Paul Glickman, who represented Stawski Partners in the deal along with Diana Biasotti and Benjamin Bass.“Stawski Partners recently completed a complete modernization and redesign of 579 Fifth Avenue. The building is an ideal location for boutique businesses looking for a full-floor presence with the prominence of a Fifth Avenue address in Midtown.”

CBRE’s Keith Caggiano and Roshan Shah represented the tenant. The CBRE brokers declined to comment via a spokeswoman.

After the hedge fund moves in in May or June 2016, less than half of the 150,000-square-foot office building will be available for lease, according to JLL. Other tenants include Bank Leumi and Roberto Coin’s global headquarters.

“579 Fifth Avenue was formerly leased by several small jewelry offices,” Ms. Biasott said in a statement. “When the industry downsized and relocated off the avenue, ownership seized the opportunity to reposition and renovate the building to accommodate boutique office users who want a full-floor presence on Fifth Avenue, such as Hollis Park.”