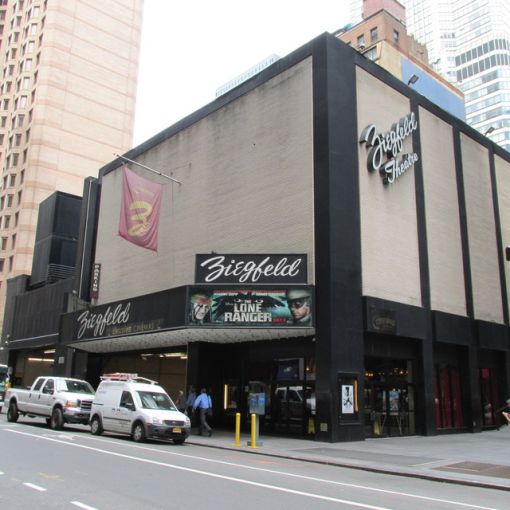 The owners of Midtown event venue Gotham Hall will be opening a new event space at the Ziegfeld Theatre, Commercial Observer has learned.

Gotham Hall, which has been at 1356 Broadway between West 36th and West 37th Streets since the early 2000s, has signed a 20-year lease for 21,311 square feet over three stories at 141 West 54th Street between Avenue of the Americas and Seventh Avenue, according to a press release from landlord Fisher Brothers and the Gotham Hall owners. Cablevision previous held the lease at the 1,000-plus-seat-Ziegfeld, but operations have been run by Bow Tie Cinemas.

The new space, which will be designed in an art-deco style and will include a 10,000-square-foot ballroom, will open as The Ziegfeld Ballroom in fall 2017, according to the release. Both parties say it will be “Midtown Manhattan’s only free-standing, street-level event space.”

Cablevision said in a statement today: “The owners of the Ziegfeld Theatre notified us that they have a new tenant for the location and, therefore, we will be exiting our lease in the coming weeks to accommodate the new tenant. We wish the owners of the Ziegfeld Theatre the best of luck with the future of the establishment and with the new tenant that they have selected.”

The news is not that surprising. Cablevision’s chief executive officer, James Dolan, told The Hollywood Reporter that the single-screen theater, which opened in 1969, “loses a lot of money.”

A broker with knowledge about the property told CO the same thing: “That theater loses a fortune.” He noted that the property would best be used as a movie theater.

“If you want to use it as a theater it’s fine but if you want to start to do something like level the floor, do work in it, it’s a huge mess,” the broker said.

The venue will undergo a major renovation prior to opening, the release indicates.

Gotham’s owners were represented by Anthony Dattoma and Susan Kurland of CBRE. Fisher Brothers was represented in-house by Marc Packman.

Update: This story was edited to include official information from Fisher Brothers and the owners of Gotham Hall.