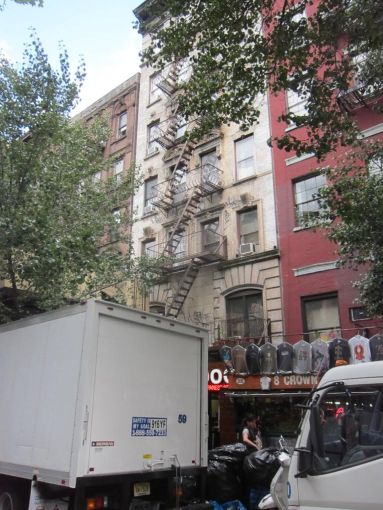 Mamoun’s Falafel Restaurant has signed a long-term deal to move its East Village eatery one block over along St. Marks Place.

The 45-year-old falafel joint has been located at 22 St. Marks Place, but will double its size to 1,400 square feet at 30 St. Marks Place, both between Second and Third Avenues, according to an Eastern Consolidated press release. Mamoun’s is taking the space for 10 years.

Mamoun’s boasts on its website that it was New York City’s first falafel restaurant and one of the oldest Middle Eastern eateries in the Big Apple. The restaurant, which has shops in New Jersey and Connecticut, has a location in Greenwich Village at 119 MacDougal Street.

Asking rent in the deal was $250 per square foot. Mamoun’s is expected to open within the next three months, according to James Famularo of Eastern Consolidated, who represented the landlord in the deal. His colleague, Jeff Geoghegan, represented the eatery.

“After learning that the space at 30 St. Marks Place was becoming available, our retail leasing team immediately began making calls,” Mr. Famularo said in prepared remarks. “Through our outreach, we discovered that Mamoun’s was interested in relocating from 22 St. Marks Place, and its owner jumped at the chance to move into a larger space just a few doors down from its current location.”