Engineering Firm Hardesty & Hanover Digs in at The Paramount Building 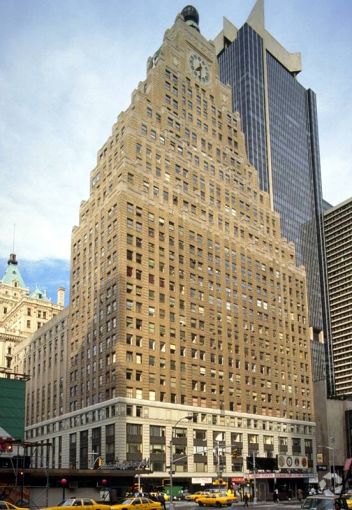 Hardesty & Hanover has signed a 35,000-square-foot lease at the Paramount Building, consolidating office space in the building, Commercial Observer has learned.

The infrastructure engineering firm has taken the entire sixth floor at 1501 Broadway between West 43rd and West 44th Streets in a 15-year deal with an asking rent in the mid-$60s per square foot, according to Avison Young.

“After being a long-term tenant of the Paramount Building for more than 20 years, Hardesty & Hanover chose to consolidate their multiple spaces and relocate all of their operations to a phenomenal space on the building’s sixth floor, which will serve as the company’s headquarters,” Avison Young’s Arthur Mirante, who brokered the deal for the landlord along with colleagues Michael Gottlieb, David Cohen and Thomas Hines, said in prepared remarks. “Having a long-term tenant decide to remain at 1501 Broadway over myriad other options is a reflection of the building’s allure, and ownership’s commitment to servicing tenants and improving the building.”

Tenant construction will start in February and occupancy is planned for later this summer, according to Eric Thomas of Cresa, who represented Hardesty & Hanover along with Richard Bernstein of Cushman & Wakefield. The firm will be moving from 45,046 on the third and fourth floors of the building.

While the new lease is smaller than the old one in square footage, a source with knowledge of the deal said, “the fourth floor was always underutilized storage space and with newer standards and opening of additional regional offices they have been able to shrink their footprint. Their current space is 25 years old and they are able to update their space to be much more efficient and modern to today’s office standards for engineers.”

The landlord, a partnership of Levin Properties and other investors, is doing a $50 million major capital improvement program at The Paramount Building that includes replacement of all windows and elevators as well as upgrades to the common corridors and bathrooms.