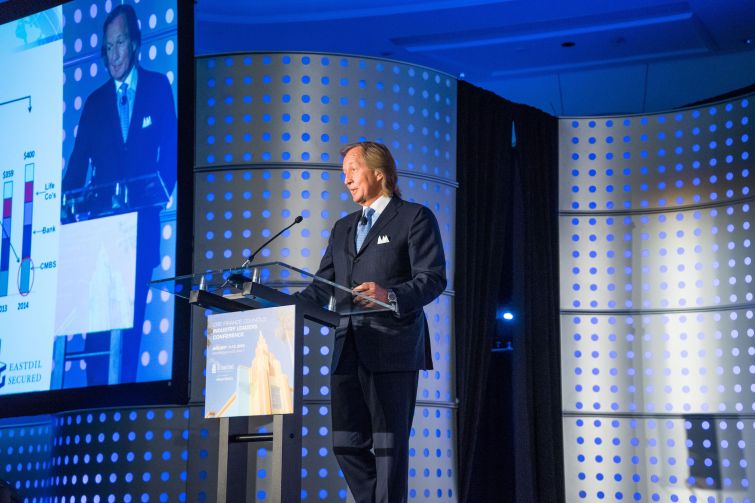 Roy March, the chief executive officer of Eastdil Secured, made a well-timed impression on hundreds of CRE Finance Council members in Miami Beach on Monday evening.

During the trade association’s industry leaders conference, in which many of those leaders voiced anxieties and concerns about liquidity and risk retention, the nearly 40-year Eastdil veteran provided some therapeutic relief.

“I’m optimistic that the industry is better situated today than it’s ever been,” Mr. March told a packed conference room at Loews Miami Beach Hotel. “Everyone is spooked by volatility, which is treacherous in the short run, but a good thing in the long run. Volatility prevents overbuilding and deterioration in underwriting and is more friend than foe,” he said.

The other positives, according to Mr. March, include the abundance of financing across the board, the global flow of capital, the oil markets (“unless you’re in Houston,” he said) and the size and strength of the U.S. economy, which is now 25 percent larger compared with 2009.

The biggest concerns, he said, are the global bond markets, interest rates, which should be higher given U.S. job growth, and credit spreads, which “have room to come in.”

With the so-called wave of maturities rising higher and risk retention putting a potential damper on the commercial mortgage-backed securities market, equity will play a larger role in the refinancing of loans due to mature in 2016, 2017 and 2018, he said. (Eastdil brokers equity, debt and sales on behalf of real estate investors and developers.)

But the more pressing questions, Mr. March said, are whether sustained low oil prices will cause Middle Eastern investors to retrench and whether the turbulence in China is temporary or long term.

“The biggest and final question, perhaps, is does this all end in another major asset bubble?” the Eastdil CEO told the crowd. “That I don’t foresee.”