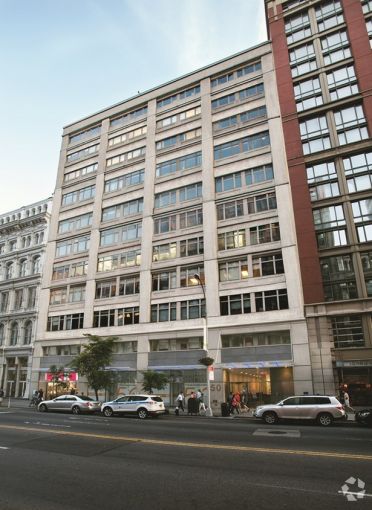 An Italian cabinet-maker is moving into a ground-floor space at 50 West 23rd Street in the Flatiron District, Commercial Observer has learned.

César, a kitchen cabinet company based in northern Italy, inked a deal on Monday for 3,200 square feet at Two Trees Management Company’s only Manhattan commercial building, according to the landlord. The lease is for 10 years, and César is slated to open its flagship showroom this winter.

That space breaks down to 2,300 square feet on the ground floor and 900 square feet in the basement. Asking rents range from $200 to $250 per square foot, according to a Two Trees spokeswoman.

César’s new home at 50 West 23rd Street is in part of the space formerly occupied by Unlimited Jeans. Coffee brewer Brooklyn Roasting Company leases part of that space as well.

Dan Conlon and Elizabeth Bueno, the in-house leasing team, represented the landlord in the deal. César did not have a broker.

By signing the Italian company, Two Trees is adding to its international flair in the building between Avenue of the Americas and Fifth Avenue. Last month the landlord signed a deal with German-based SoundCloud to relocate its New York offices from 111 Fifth Avenue into 43,600 square feet at 50 West 23rd Street.

“Two Trees envisioned that innovative design companies would  be attracted to our 50 West 23rd Street property upon its repositioning,” Mr. Conlon said in a statement via the spokeswoman. “Italian kitchen manufacturer César is exactly the type of company we hoped would become a tenant. We are looking forward to the opening of its flagship showroom.”