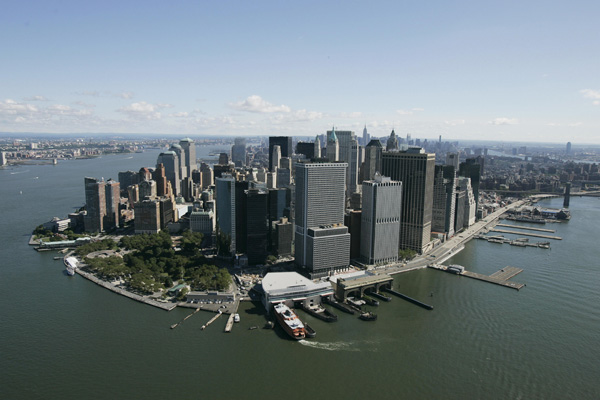 For the second time in less than a year, the Alliance for Downtown New York has voted in a new chairman to steer the Lower Manhattan business group.

The Downtown Alliance’s board of governors—made up of tenants, landlords and other stakeholders in the area—approved Alan Scott, a managing director for corporate services at Deutsche Bank, as the organization’s new chairman, according to a press release from the group. Mr. Scott replaces Dennis Friedrich, who until last week was the chief executive officer of Brookfield Property Partners’ global office division.

In his new role, Mr. Scott will work with Downtown Alliance President Jessica Lappin, who runs the day-to-day operations for the business improvement district.

“I’m incredibly excited to see Alan elected as our next chair,” Ms. Lappin said in prepared remarks. “His energy and experience will help lead Lower Manhattan into our next era and I am thrilled to begin working together. Lower Manhattan is more rapidly changing than ever before, and with Alan’s leadership, our board will see many great accomplishments and milestones in the years ahead.”

Mr. Scott has been with Deutsche Bank since 2003, and has overseen work on the real estate portfolio for the commercial bank, according to the Downtown Alliance. Before joining the bank, he did tours at Goldman Sachs and American Express.

“This is a brand new era for Lower Manhattan, and is both an honor and a privilege to serve as the alliance’s chair as we enter this next chapter,” Mr. Scott said in a statement.

The Downtown Alliance had to vote on a new chairman after news broke earlier this month that Mr. Friedrich was resigning from Brookfield. Because the chair has to work for a member of the board of governors, Mr. Friedrich vacated the position once he left the company on Jan. 15, Ms. Lappin previously told Commercial Observer.

It was a short-lived term: Mr. Friedrich was voted in as the chairman last June, replacing longtime chair Robert Douglass, as CO previously reported. The Brookfield executive’s plans are remain unclear. A spokeswoman for the company said his position would not be replaced.