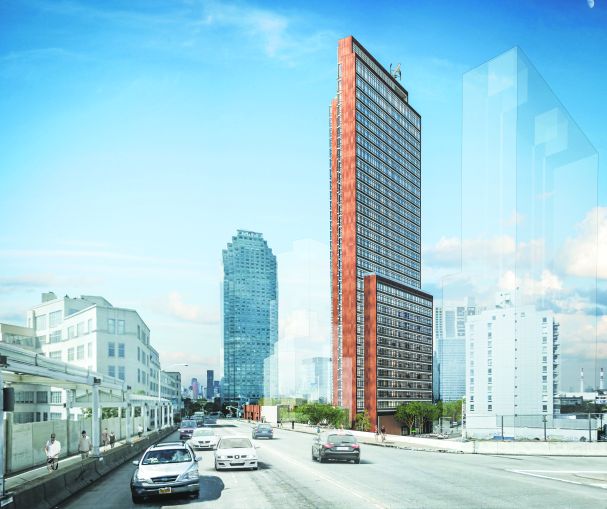 M&T Bank and Bank of New York Mellon provided a joint venture with $105 million in financing for a 272-unit development in Long Island City, according to several people involved in the deal.

Brause Realty, in partnership with Gotham Organization and a group of investors led by Earle Altman and Gregg Schenker of ABS Partners Real Estate, is using the proceeds of the loan to construct a 35-story luxury rental complex at 44-28 Purves Street, between Thomas Avenue and 44th Drive.

“We were able to obtain favorable terms for our construction financing,” Mr. Schenker, president and co-managing partner of ABS Partners, told Commercial Observer. “And we are delighted to be working with those two lenders.”

Construction on the project broke ground in April of this year and the development is slated for completion in early 2017. The building will feature studios, one- and two-bedrooms, ranging from 600 to 1,200 square feet, with monthly rents starting at $2,850, as CO previously reported. A number of amenities will be available to tenants, including 75 parking spaces, a serenity courtyard, a fitness center and a pool.

“We’ve been hard at work on getting the building built and are moving on completing the fourth floor this week,” said David Brause, president of Brause Realty. “Everything is going well and the market is still very strong for these kinds of apartments in Long Island City.”

Brause Realty originally acquired the 270,000-square-foot site at a foreclosure auction in 2013 for a total of $17.6 million, according to city records.

“We’re really putting in a lot of time and effort to make sure it’s environmentally friendly,” Mr. Brause said.

FXFOWLE designed the complex, which will be LEED Silver-certified and will utilize both solar and wind power. The tower will also include a green roof and water retention tanks.

“M&T is excited to be working with Brause Realty and the Gotham Organization on this project, which will contribute to the growth of well-located, modern residential units in Long Island City,” said George Doerre, a vice president and team leader of the commercial real estate group at M&T who worked on the deal.

“The Brauses and Pickets bring formidable real estate experience and we look forward to the superior finishes, features and amenities planned for the development,” he added.

Representatives for BNY Mellon and Gotham did not respond to inquiries by time of publication.