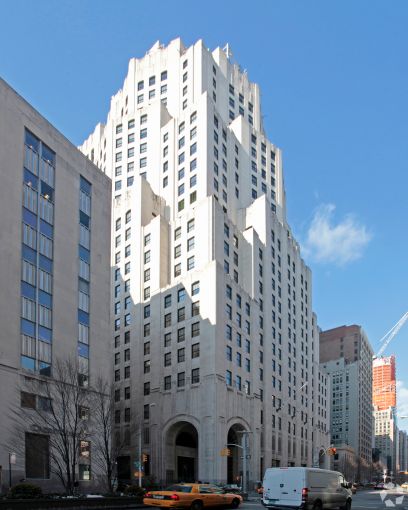 As the disparity between the haves and the have-nots widens, there is perhaps no better demonstration of that dynamic than in Manhattan’s commercial real estate market. Within the last year, the priciest such sale reached $2.29 billion.

The top 10 sales this year, by price, total $13.06 billion and span nearly 11 million square feet, according to data provided to Commercial Observer by Colliers and CoStar Group. CO’s list covers single property sales that were recorded with the city between Nov. 26, 2014, and Nov. 26, 2015 (which means the list excludes deals that have closed but not yet appeared in property records, as well as partial building sales, restructured joint ventures and financing transactions). Why Nov. 26, 2014? Because we didn’t want to exclude HFZ Capital’s jaw-dropping $870 million purchase of 501 West 17th Street, which closed the day before Thanksgiving.But there was much more within the last 12 months, or so. Blackstone Group was involved in three of the priciest deals of the year, and SL Green Realty Corp. was part of two of them.

The city’s largest office landlord, SL Green Realty Corp., bought the 29-story office property at 11 Madison Avenue between East 24th and East 25th Streets in the largest single-building real estate transaction in New York City history. Sapir Organization and its minority partner, CIM Group, made out well in the deal, having purchased it for $675 million at the end of 2003. Sony, Yelp and Credit Suisse are three of the 1929 building’s notable tenants. Insurance provider Metropolitan Life Insurance Company formerly occupied the entire building.

The $2.29 billion sale price excludes the $300 million in landlord obligations.

In order to fund the purchase, SL Green shed some of its dead weight. In July, the company announced that it had sold off an entire property, Tower 45 at 120 West 45th Street, and the majority share of 131-137 Spring Street for a total of $642.8 million. Two months later, the publicly held real estate investment trust said it reached an agreement to sell two retail development sites at 570 and 574 Fifth Avenue in Midtown for a combined $125 million.

The purchase price for 3 Bryant Park between West 41st and West 42nd Streets: $2.2 billion. Blackstone purchased the building in 2007 as part of a $39 billion acquisition of Equity Office Properties Trust, as Bloomberg News previously reported

The 630-foot skyscraper is home to MetLife, which leases 415,000 square feet across a number of floors. The 42-story office condominium, built in 1972 and renovated in 2008, is 1.5 million square feet. Natural and organic foods grocery chain Whole Foods signed a 20-year deal at the building two years ago. Catering to the office crowd, the Bryant Park Whole Foods will play up the café and food hall aspects and play down the grocery store part when it opens.

“We are very excited to be entering into this long-term relationship with Anbang, which will ensure that the Waldorf Astoria New York represents the brand’s world-class standards for generations to come,” Christopher Nassetta, the president and chief executive officer of Hilton Worldwide, said in a statement at the time of the sale, as reported by The Real Deal.

The hotel, which Conrad Hilton called “the greatest of them all,” opened at its current location in October 1931 as the tallest and largest hotel in the world. Eighteen years later, Hilton entered a contract to acquire control of it.

In 2007, Hilton Hotels agreed to an all-cash buyout from the Blackstone Group in a $26 billion deal including debt.

Former New York Gov. Eliot Spitzer made headlines this year, and not for any nefarious activities, but for an all-time world record price per square foot—$4,551—for an entire commercial building, Bloomberg News reported. Mr. Spitzer’s Spitzer Enterprises and the Winter Organization sold the Crown Building, a retail and office property on Fifth Avenue at the corner of West 57th Street, which is home to luxury retailers like Piaget, Bulgari and Mikimoto, for $1.78 billion. Chicago-based U.S. mall owner General Growth Properties and Wharton Properties’ Jeff Sutton control the 100,000-square-foot retail portion of the property. The jewel of a commercial property was reportedly on the market for only one day. Condominium developer Michael Shvo of SHVO and Russian developer Vladislav Doronin’s Capital Group subsequently purchased from GGP and Mr. Sutton floors four through 26 for $500 million, a source said. That duo will convert the 290,000 square feet to residential condominiums. Winter Organization and Spitzer Enterprises purchased the building in 1991 for $93.6 million from the Philippine government, according to The New York Post.

Long Island-based RXR Realty, which has been on a New York City real estate tear this year, partnered with Blackstone Group to buy the landmark Helmsley Building on Park Avenue between East 45th and East 46th Streets from a trio of owners for a cool $1.2 billion. The 34-story trophy office tower, constructed in 1929, totals 1.4 million square feet including roughly 30,000 square feet of retail space and 22,000 square feet of storage space. Tenants include Clarion Partners, Swiss Re and Voya Financial.

Monday Properties purchased the building, so-named by Leona Helmsley, at the end of 2007 with other partners for $1.15 billion. Ms. Helmsley’s Helmsley-Spear Management owned the building until August 1998. It was erected in 1929 as the headquarters of the New York Central Railroad Co., according to Reuters. This property marks the last of Monday Properties’ New York City office holdings, the news outlet noted.

It was the day before Thanksgiving 2014, when Ziel Feldman’s HFZ Capital signed his first deal of the year. He felt like he had found a winner with the 36,000-square-foot full-block site spanning West 17th to West 18th Streets and from 10th Avenue to the West Side Highway. He picked it up for $870 million.

Starchitect Bjarke Ingels-led BIG is designing the two-building (one is 400 feet tall and the other is 300 feet high) project, which Mr. Feldman previously told CO, will “be the highest building allowed in all of the High Line.” That’s because the area allows buildings only up to 220 feet high.

“This was a special permit done by the seller [Edison Properties and its equity partners]—in return for giving a park to the city of New York,” Mr. Feldman said.

As for what’s to come at the site, Mr. Feldman said in addition to condominium units, “We’ll have a garage, we’ll have retail, potentially a hotel, restaurants, galleries. We’ll have a beautiful [public] park in front.”

One of the city’s more popular filming locations in the city got a new name this year: Lotte New York Palace.

When South Korean-based luxury hotel operator Lotte Group picked up the 909-key New York Palace Hotel at East 50th Street for $805 million, the chic hotel got the new moniker. The deal marked “the largest single American asset purchase by a [South] Korean company,” according to a news release from Hodges Ward Elliott, Lotte’s broker in the deal. Lotte owns 18 hotels in five countries including Russia and Vietnam.

Northwood Investors purchased the hotel in 2011 for $400 million. In 2013, the company underwent a $160 million renovation of the property including a redesign of the hotel rooms, improvements to the 24,000-square-foot event space, new lobbies and specialty suites, as well as mechanical and electrical upgrades. The hotel has five bars and restaurants and seven banquet halls.

One deal fed into another when Vornado Realty Trust closed its sale of the former MONY Building, or Mutual of New York Building, at 1740 Broadway.

Company officials spun off the approximately $483 million in tax gains from the deal by reinvesting them in a tax-deferred exchange for the $700 million acquisition of the retail condominium on the ground floor of the St. Regis hotel and an adjacent retail townhouse on Fifth Avenue. Vornado closed as the 75 percent partner in the St. Regis purchase with Crown Acquisitions.

The biggest tenant in the 26-story, 601-000-square-foot building at 1740 Broadway, which spans the whole block from West 55th to West 56th Streets, is L Brands, the parent company of Victoria’s Secret and Bath & Body Works. Mutual Life Insurance Company of New York erected the building in 1950 for its corporate headquarters.

Hines may have sold 7 Bryant Park but it’s still working on transforming the tower in its role as asset and property manager.

The 30-story tower, situated where East 40th Street and Avenue of the Americas meet, has a curved entrance with a 46-foot diameter, UFO-like steel canopy. The building’s design, by Henry Cobb of Pei Cobb Freed & Partners, highlights Bryant Park across the street. The curved corner facing the park creates a panoramic view of the grassy terrain from upper floors in the building, as CO previously reported.

“It brings the park in from across the street. Here it feels like the park is an extension of the building,” Tommy Craig, senior managing director of Hines, told CO in July. “It really was the last open piece of the park—so we are completing the park.” (The building has since been completed.)

The new owner, Bank of China, retained the 6,000-square-foot space for a ground-floor retail branch with frontage on Avenue of the Americas, and the first through 14th floors of the 471,000-square-foot, 30-story building—and the 28th floor as well.

MHP Real Estate Services was not active in the Downtown market until this January, when it purchased the 1.2-million-square-foot Class A office building 180 Maiden Lane with partner Clarion Partners for $470 million.

Together they launched a $28 million renovation of the property between Front and South Streets. David Sturner, the co-principal of MHP, told CO in March that the renovation included a revamped public plaza, fitness center and new cafeteria.

Goldman Sachs’ departure left 800,000 square feet available for lease in the 41-story glassy tower, with its panoramic views of New York Harbor. The first tenant to ink a deal in the Lower Manhattan building after the new owners assumed control was The Holborn Corporation. The largest U.S.-based privately owned reinsurance brokerage signed a 15-year lease in April for 25,000 square feet on the sixth floor.