Luxury Furniture Gallery Relocating to Base of NYU Dorm 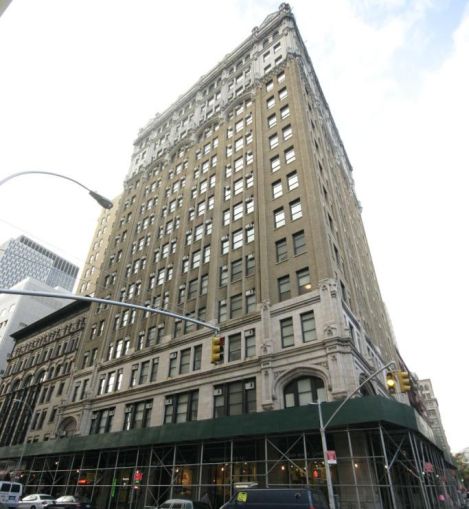 The Tribeca building at 80 Lafayette Street.

Todd Merrill Studio, a high-end design and furniture gallery, signed a lease to relocate to 80 Lafayette Street, which is home to New York University‘s largest dormitory.

Commercial Observer has learned that the designer is taking a 12-year deal for a 3,000-square-foot space on the ground floor of the 18-story property between White and Franklin Streets. It is moving from its current digs at 65 Bleecker Street. The asking rent in the deal was not immediately clear.

“Todd spent over a year looking for space without success until he walked into 80 Lafayette Street and was so impressed that he made an offer,” Ravi Idnani of Eastern Consolidated, who represented Todd Merrill in the deal, said in a prepared statement. “The space was appealing because it features unique architectural characteristics, 12-foot ceiling heights and excellent wraparound frontage.”

“Although we had quite a few offers from fast-casual food concepts and cafés seeking to capitalize on the student population in the dormitory, the landlord wanted a tenant that would cater to the residents who are moving into the area’s new residential developments and seeking high-end retail stores,” Mr. Famularo said in prepared remarks.

More than 1,000 students live in 262 rooms at 80 Lafayette Street, also known as NYU Lafayette Hall. Corigin acquired the building in 1999, according to its website. Prudential Mortgage Capital Company recently originated a $161.3 million Freddie Mac loan to refinance the property, as CO previously reported.