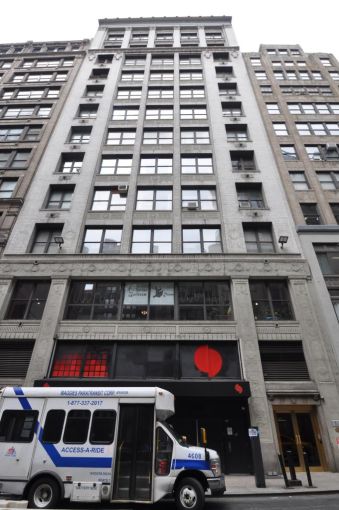 A jeweler that supplies the Bergdorf Goodman and Neiman Marcus websites has sealed a deal for new space at 29 West 36th Street between Avenue of the Americas and Fifth Avenue, Commercial Observer has learned.

Jose & Maria Barrera is taking 6,750 square feet on the eighth floor of the 12-story building, according to a press release from EVO Real Estate Group. The jeweler, which specializes in necklaces, is relocating from 142 West 36th Street between Broadway and Seventh Avenue.

The company is slated to move into its new space this January, the release noted. Asking rent in the deal was $45 per square foot.

Robert Frischman and Albert Wu of EVO Real Estate represented both the tenant and the landlord in the deal.

It’s one of two tenants that have signed on to the building. SPV, which will provide private rooms for psychology professionals, will also lease 6,750 square feet for its first location and is slated to move in next March, according to the release.

“As these leases amply demonstrate, 29 West 36th Street is a building and a location that works well for a wide variety of tenants,” Mr. Frischman said in prepared remarks.

The shared psychology space provider signed a 10-year lease and will be on the fifth floor, Mr. Frischman said. The asking rent in that deal was also $45 per square foot.

SPV will provide private social work space for psychologists on a month-to-month basis, said Mr. Frischman, who represented the landlord in the deal. Several of the rooms have already been pre-leased, he added.

Jay Norris of Eastern Consolidated, who represented SPV in the deal, said the company opted on 29 West 36th Street because of its proximity to Pennsylvania Station and Grand Central Terminal. “This was it,” he said. “This was the ideal location.”

SPV plans on expanding to other parts of Manhattan including the Financial District, Harlem and the Upper East Side.