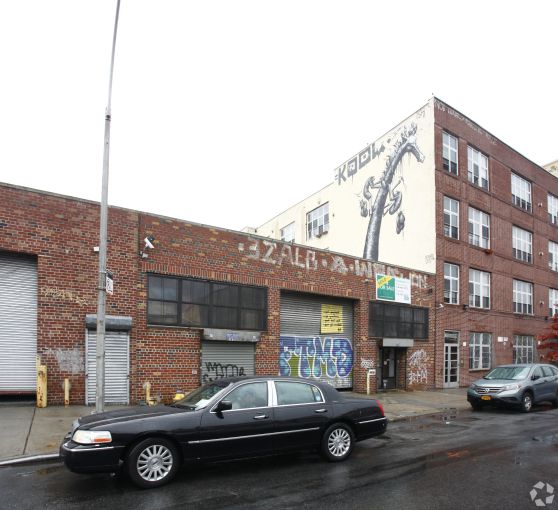 The budding art community in the Bushwick area of Brooklyn is about to get a new immersive experience.

Brooklyn-based experiential dance theater company Third Rail Projects is capitalizing on the current success of Then She Fell in Williamsburg, which allows the audience to be more involved in the show, and is bringing that concept to Bushwick with a new act.

The theatre company will begin performances next month of a new multi-sensory experience, The Grand Paradise, from a one-story, 5,000-square-foot warehouse at 383 Troutman Street between Wyckoff and Irving Avenues. Third Rail Projects raised $73,354 from 552 backers on crowdfunding site Kickstarter for design elements.

The theater will be limited to attendance by 60 people and feature various scenes where audience members have to move around to follow along with the plot. Tom Pearson, one of the owners of Third Rail Projects and co-author of the The Grand Paradise, would not disclose to Commercial Observer the storyline, but noted that scenes will a include a fountain of youth with a waterfall, a grotto and a human-sized aquarium for a two-performer water display.

“So we are building what looks like a gallery space,” Mr. Pearson said. “The idea behind it is that the audience will come in and have a curated experience. [Immersive theatre] is actually doing really well in New York. It was a big thing in London for a few years.”

Third Rail Projects recently signed a lease for the entire warehouse with the landlord Brooklyn-based real estate developer The Mann Group. The asking rent in the deal was $41 per square foot, according to Max Lu of M Properties Group, who together with colleague Lane Sanders, represented the tenant and the landlord.

But there will be some stiff competition in Brooklyn.

Bushwick currently has another art and performance venue called the House of Yes at 2 Wyckoff Avenue. And various artists participate in the outdoor art gallery known as The Bushwick Collective. In addition to the growing art community, Third Rail Projects was drawn to the neighborhood’s burgeoning restaurant and bar scene as well as easy transportation to Manhattan.

“This neighborhood is happening. It’s a hotspot,” Mr. Pearson said. “That’s really important, because when you are doing something like this you have to ask yourself, ‘will people travel here from Manhattan?’”

Third Rail Projects’ Williamsburg show is based in The Kingsland Ward at St. John’s at 195 Maujer Street.