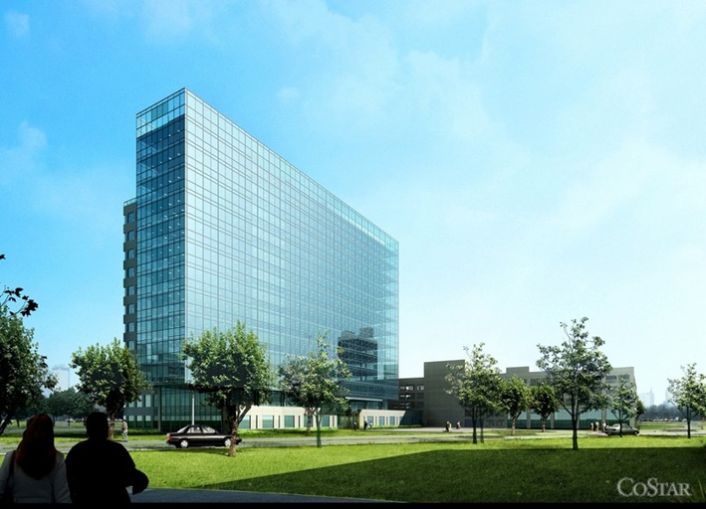 A $114.6 million loan on Parkway Properties’ CityWestPlace office complex in Houston made Morningstar Credit Ratings’ watchlist, due in part to the volatile energy industry, according to a report the rating agency released yesterday.

The loan was securitized in a commercial mortgage-backed securities deal originated by Goldman Sachs in 2006—GSMS 2006-GG8. The CityWest loan is the seventh largest note in the pool, comprising 4.86 percent of the deal’s total collateral. The office complex is made up of four buildings, two of which do not serve as collateral for the mortgage.

Low occupancy at CityWest, which sits at 2101 CityWest Boulevard, could hurt the borrower’s ability to refinance when the loan matures in July 2016, according to Morningstar.

“The nearly 750,000-square-foot office complex in Houston faces an uncertain future as the slump in oil prices has led to layoffs throughout the energy sector,” the report states.

Taking maturity risk and vacancies into consideration, the complex’s value could drop by 35.2 percent, to $100.5 million, which would result in a loss of $14.2 million. That valuation would only account for 65 percent of the office complex’s original appraised value.

This June, a major tenant vacated its space, dropping CityWest’s occupancy rate to 44 percent—a significant decrease from 99 percent occupancy at the time of the loan’s issuance. The entirety of CityWest Building 1 served as the headquarters for BMC Software, but after a private-equity group acquired the firm, the tenant exercised its termination rights and is vacating its space in January 2016.

Similarly, the international oil field service giant Halliburton occupied nearly all of Building 2 at the time of the loan’s securitization, and as a part of the company’s downsizing, it vacated its space upon its lease expiration in 2014.

The international energy company Statoil signed a lease in October 2013 for space at CityWest, and will eventually take over the space that Halliburton vacated.

While the property’s website is marketing space in the office buildings for $29 per square foot compared to the underwritten base rent for BMC’s space, which was $13.50 per square foot, “the main concern in the market is the effect of low oil prices on Houston’s economy,” the Morningstar report notes.

Even with a new tenant set to move in, projected occupancy will only grow to 60 percent, according to Morningstar.

Concerns about the potential impacts dwindling oil prices would have on commercial real estate surfaced in January 2015. At the time, oversupply and lack of demand drove the price of crude oil down by 55 percent from its June 2014 peak and industry players began to voice concerns about the office, multifamily and lodging industries in Texas, Colorado and North Dakota—states that had all experienced increased development as a result of the flourishing energy business, Commercial Observer reported at the time.

“For the Houston market, the concern is that if you just took out a $100 million loan on an office property where you have three big energy tenants, your grade-A tenants may start to look like grade-B tenants,” Manus Clancy, managing director at the CMBS data firm Trepp, told CO in January.

A representative for Parkway Properties did not respond to inquiries by time of publication.