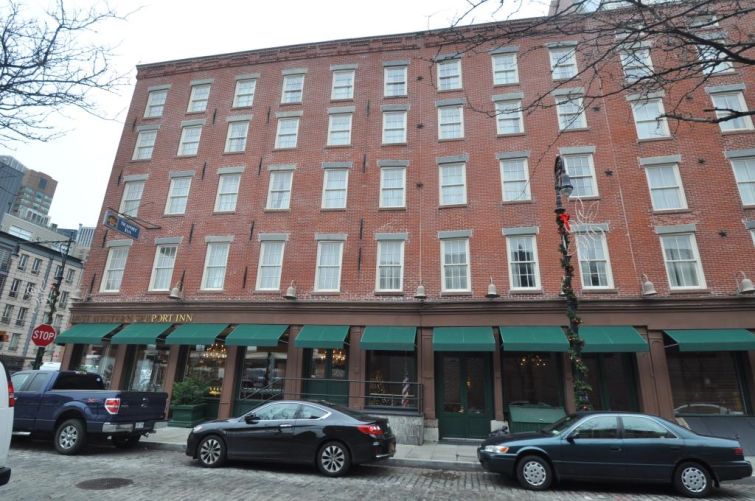 While a legal battle between its partners continues, Gemini Real Estate Advisors auctioned off two Manhattan hotels to separate buyers yesterday for a combined $116.3 million in U.S. Bankruptcy Court in the Southern District of New York.

The 113-room Jade Hotel at 52 West 13th Street in Greenwich Village was purchased by Bridgeton Holdings for $78 million, which was the stalking horse bid. And Dallas-based Howard Hughes Corp. was the winning bidder at $38.3 million for the Best Western Seaport at 33 Peck Slip. The real estate company out bid the stalking horse bidder, which was Morning View Hotels with a $37.3 million price. Both transactions will close within the next 20 days, according to Gemini’s attorney, Scott Gautier of Robins Kaplan.

“It’s significant because it allows us to continue with the strategy that we started last year, which was to take advantage of the great market in New York,” Dante Massaro, a co-founder and chief executive officer of Gemini, told Commercial Observer.

Gemini has two remaining properties that have to be auctioned in bankruptcy court: a vacant site near Bryant Park and the Wyndham Garden at 37 West 24th Street. The latter will be auctioned off on Dec. 15. The current stalking horse bid—by Bridgeton Holdings—is $57 million.

The Bryant Park site at 36 West 38th Street does not have an auction date as of yet because it lacks a stalking horse bidder. Hansji Corp. put in a bid for about $26 million prior to the Chapter 11 filings, but later dropped its bid.

Meanwhile, the three Gemini partners are facing off in court. William Obeid, a founding member, filed a lawsuit against the other co-founders Christopher La Mack and Mr. Massaro last year and put lis pendens, a filing with the court that shows there is a lawsuit regarding title of land pending, on the properties.

Messrs. Massaro and La Mack filed the Chapter 11 for the properties to get the lis pendens removed so they could sell the properties, as CO previously reported. Mr. Obeid is continuing his case against his partners. The final pre-trial conference for the case has been set for July 15 next year and the trial is expected to begin within the following two weeks.

“These sales have no bearing on our claim,” said Mr. Obeid’s attorney, Stephen Meister, a partner at Meister Seelig & Fein. “We are saying that they—Massaro and La Mack—intentionally and wrongfully tried to destroy and dismantle the hotel division [of Gemini] to harm Mr. Obeid. They tried and did. They successfully destroyed the hotel division.”