Fannie Mae to Back $2.7B Wells Fargo Loan on Stuy Town [Updated] 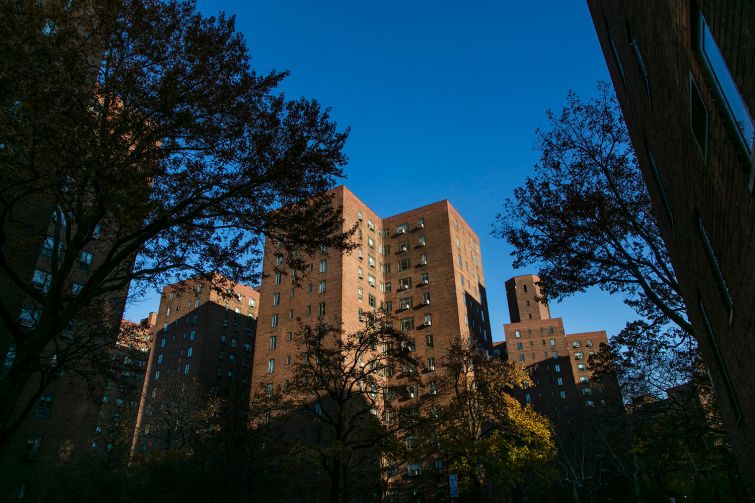 Blackstone Group and Ivanhoe Cambridge have come one step closer to financing their $5.3 billion purchase of Stuyvesant Town-Peter Cooper Village, with a credit guarantee from Fannie Mae on an upcoming $2.7 billion loan from Wells Fargo.

The 10-year loan has yet to close. While there is a current lawsuit against the special servicer and seller CWCapital Asset Management, Fannie Mae’s head of multifamily, Jeffery Hayward, said during a press call that he has no concerns about closing the new loan.

The Blackstone-led partnership signed a contract to buy the 110-building rental complex, located just north of the East Village, on Oct. 20. The two firms were looking to secure agency debt through Fannie Mae or Freddie Mac to fund the acquisition, Commercial Observer reported in October.

If the borrowers had not locked in the acquisition financing through one of the government-sponsored enterprises, sources confirmed that the next best option would be securing the debt through the commercial mortgage-backed securities market.

The new loan will carry a 30-year amortization period and will be sold on the single-family mortgage-backed securities market. Wells Fargo is maintaining a certain amount of risk on the loan, so if any losses incur at a later date, the bank will also share that loss, Mr. Hayward said. He did not disclose how much risk Wells Fargo would be holding onto.

“Fannie Mae Multifamily and Wells Fargo are important partners in our effort to preserve the affordable heritage of Stuyvesant Town-Peter Cooper Village,” Jonathan Gray, global head of real estate at Blackstone, said in prepared remarks today. “Fannie Mae understood the complexity of the transaction and provided long-term financing, which will ensure that the community will serve as a home for working and middle-class families in New York City for years to come.”

Blackstone agreed to maintain 5,000 of the 11,241 units as rent-stabilized in exchange for an additional $144 million loan provided by the New York City Housing Development Corporation, along with tax subsidies.

The previous owners of Stuy Town—Tishman Speyer and BlackRock—took out more than $3 billion in CMBS debt across several deals to fund a $5.4 billion purchase in 2006.

By 2010, the borrower defaulted, lawsuits were filed throughout the capital stack, and eventually, the special servicer CWCapital acquired the deed to the property in lieu of foreclosure. While analysts expect the recent sale to Blackstone to pay off the old debt, four investors, Appaloosa Investment, Palomino Fund, Thoroughbred Fund and Thoroughbred Master, filed a lawsuit against CWCapital in November, citing concerns that the servicer would gain more money from the sale than deserved.

However, Mr. Hayward said he has no concerns about the legal issues regarding the previous debt on the property.

Correction: This article previously stated that the closing of the new loan was dependent on the results of a current lawsuit against CWCapital Asset Management. It has been updated to clarify that Fannie Mae’s head of multifamily, Jeffery Hayward, said he has no concerns about any lawsuits or other issues affecting the process. Commercial Observer regrets the error.