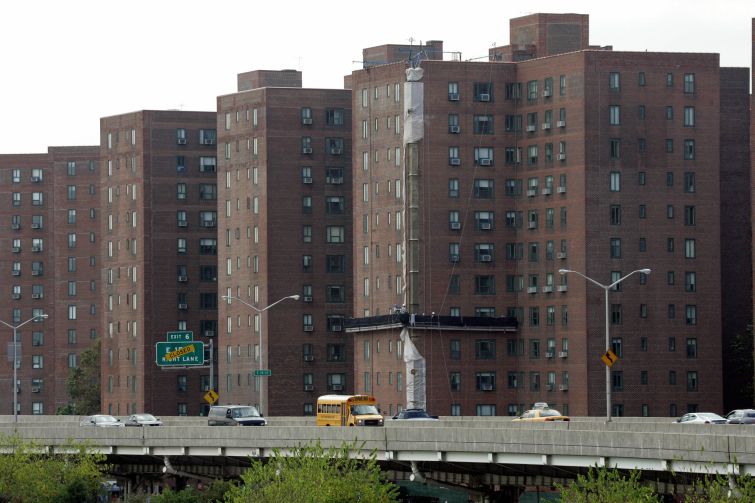 The sale of Stuyvesant Town-Peter Cooper Village isn’t good news for everyone.

Four investors are suing special servicer CWCapital Asset Management and Wells Fargo in an attempt to prevent the former from collecting up to $566 million in an “unprecedented windfall” from the $5.3 billion sale to Blackstone Group and Ivanhoe Cambridge, according to a complaint filed with the New York State Supreme Court today.

CWCapital is seeking the $566 million in proceeds on top of its special servicing fees, according to the lawsuit. The servicer cited a contractual clause that entitles it to 3 percent of the property’s $3 billion debt in default since the sale price is much greater than the loans.

After Tishman Speyer stopped making payments on its failed condominium conversion in November 2009, CWCapital started managing Stuy Town the following year, and acquired the deed in lieu of foreclosure 2014.

Wells Fargo acted as the paying agent and master servicer on one of the conduits collateralized by the property. The complaint explains that as the paying agent, Wells Fargo is responsible for establishing a “gain-on-sale reserve account,” where proceeds of any future sales should be deposited to offset losses suffered by investors.

As a result of Stuy Town’s sale—which is set to close by year’s end—industry analysts expect a “‘gain-on-sale proceeds’ on the senior loan in excess of $1.1 billion,” the complaint states, noting that one of the CMBS deals has suffered losses of nearly $130 million, not including future losses on other properties in the pool.

The plaintiffs argue that if CWCapital is to receive the $566 million, “it will constitute a significant and unprecedented windfall to CWCapital and will deplete the amount of gain-on-sale proceeds that should otherwise be deposited into the gain-on-sale reserve accounts of the Stuy Town CMBS Trusts for the benefit of their investors.”

The complaint also states that CWCapital is contractually prohibited from collecting those sums.

Wells Fargo is expected to take the lead on the $2.5 billion in debt financing for Blackstone and Ivanhoe, as Commercial Observer previously reported. The partnership is considering using agency debt from Fannie Mae or Freddie Mac, or may give CMBS another try.

Legal counsel for the plaintiffs and defendants did not respond to inquiries by time of publication.