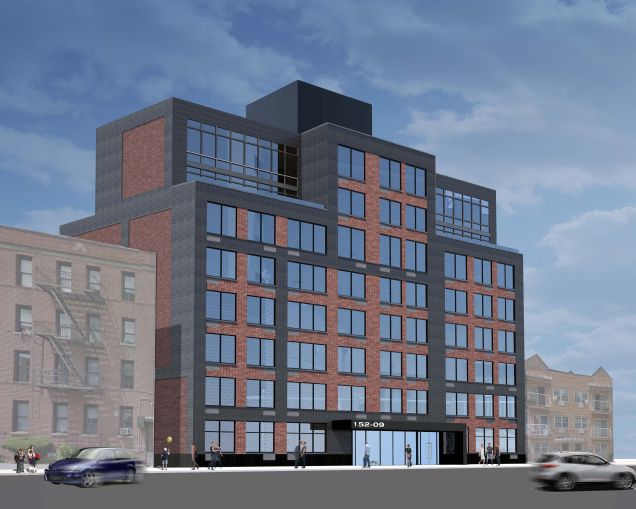 The 30-month loan, arranged by Meridian Capital Group, carries a Libor-based floating interest rate in the low 3 percent range and interest-only payments for the loan’s full term. Meridian Vice President Emanuel Westfried negotiated the debt deal on the behalf of the borrower. The financing closed on Monday, Dec. 7.

Upon completion, the new rental building at 150-01 88th Avenue will total eight stories and house 59 apartment units. Plans for amenities at the roughly 42,000-square-foot property include a gym, rooftop lounge and bicycle storage space.

The development sits across the street from the Chetrit Group’s much larger, 324-unit multifamily project at 150-13 89th Avenue—the full-block site of the former Mary Immaculate Hospital, which shut its doors in 2009.

The Chetrit Group acquired the smaller site around the same time and began construction on both properties earlier this year.

Development on the 150-01 88th Avenue apartment building has moved at such a rapid pace that the project was up to the fifth floor by the time the bank closed the construction loan, Mr. Westfried noted.

“The Chetrit Group made a substantial investment in this location and this is the first phase of a larger project for them in this location,” he said. “The developers expect the area to continually improve based on the positive fundamentals of the area and the property’s close proximity to express subway service to Manhattan. It also serves as an alternative to Brooklyn and is significantly less expensive.”

A representative for the Chetrit Group was not available for comment.