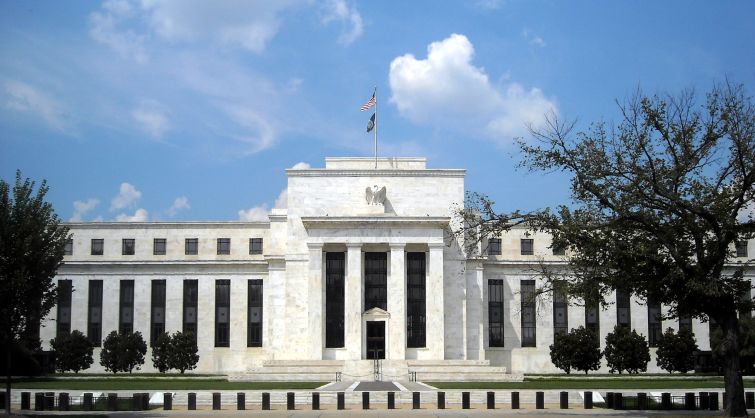 While 2015 began with projections of nearly $125 billion in new issuance commercial mortgage-backed securities deals for the year, the grand total now looks as if it won’t exceed even $100 billion, according to data from Trepp.

The data firm has tracked a total of $84.9 billion in new deals from January to mid-November, and estimated an additional $11.6 billion by year’s end, bringing the projected total to $96.5 billion.

Though the CMBS market has undoubtedly recovered since the downturn, the current estimate for 2015 pales in comparison to its pre-recession height of $229.5 billion in 2007. Last year, the market saw $93 billion in new issuance. Next year, continued instability is expected as a result of new regulations and the long anticipated interest rate hike.

“Even when the Federal Reserve ultimately decides to raise interest rates at some point in the foreseeable future, it’s evident CMBS is back as, if nothing else, a steady outlet for well-performing commercial assets,” said Sean Barrie, an analyst with the New York-based data firm.

One decade ago new issuance CMBS was on the rise, kicking up over $20 billion to $87 billion, from $61 billion the year prior. In the next two years, issuance would eventually reach its 2007 peak, at the top of the last cycle. Heavy issuance during that real estate boom has provided the market with a built-in floor of loans that need refinancing. That maturity wave will likely drive the CMBS market in 2016, according to a recent report from Barclays.

Volatility shook the market in the third quarter of 2015, with China’s economy buckling in the summer and concerns about the European economy rising. The CMBS market failed to keep up with the broader recovery in the equities and credit markets, the report states.

Even with the built-in supply of refinancing demand slated for the future, continued market volatility may keep spreads on new deals wide, and the Federal Reserve’s stalled promise to hike interest rates may not help.

As rates rise, “buyers and sellers are going to move further apart in their estimates of pricing, so volume will decline,” said Jim Costello, senior vice president at Real Capital Analytics. “We see price resistance in markets like New York, San Francisco and Boston. These are the high-flying financial and technology markets that saw the fastest growth in the third quarter, and now they’re pretty much flat. This has an implication for the lending market because the volume of sales starts to slow.”

On the other hand, because interest rates have been relatively low, wider spreads are needed to achieve the same yield—which is why pricing on CMBS AAA spreads has widened almost 40 basis points on average within the year, one bank executive told Commercial Observer.

The end of this November saw the enforcement of the U.S. Securities and Exchange Commission’s expanded Regulation AB rules. The new additions to the regulation require that the chief executive officer of a CMBS issuer sign off on each new offering or deal, making them personally liable for any false information on the deal’s documentation.

While the intent of the regulation is to ensure that risky securities are not misrepresented by false information, CMBS folks are concerned that the regulation will especially hurt smaller shops. With more time required to review documents and personal liability at stake, the cost of doing business will go up, which could put smaller shops in an uncomfortable position.

And as far as regulations driving up the cost of business, the Dodd-Frank Wall Street Reform and Consumer Protection Act, also known as risk retention, will be enforced in the CMBS market at the end of 2016. The new rule requires that issuers hold onto 5 percent of the risk, meaning the issuer would have to hold onto 5 percent of the deal they are putting out on the market. Again, the market is concerned that some smaller shops and B-piece buyers will be driven out of business.

Since the rules require that the originator retain part of the loan, there will be less optionality and liquidity in the CMBS space, another bank executive told CO.

“It’s going to be that much harder for shops to be pushing on the underwriting front when risk retention comes into play,” the executive said. “People are going to have to eat their own cooking.”