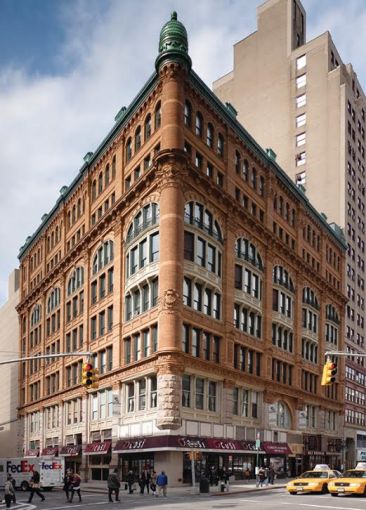 A popular French bakery is about to rise in the Union Square area.

Paris-based Maison Kayser has inked a 3,000-square-foot deal at The Feil Organization’s 841 Broadway, the landlord announced in a press release. That space will be split up between the ground floor and mezzanine level of the eight-story building at the corner of East 13th Street.

Maison Kayser signed a 15-year lease, and will open early next year. It’s joining such retail neighbors as Max Brenner Chocolatier and Santander Bank. The landlord declined to provide the asking rent in the deal.

“The activity in and around Union Square is buzzing, and the demand for this location was extraordinary, allowing us to maximize the income,” said Nicholas Forelli, the director of leasing for The Feil Organization, in prepared remarks. “While we were marketing this location, we had an overwhelming response from every food concept you can imagine. With its reputation for quality and unique product for this market, Maison Kayser was the best fit for the building and neighborhood.”

Maison Kayser, which first opened in Paris in 1996, has nine locations either operating or slated to open throughout New York City. In June, the bakery signed a 3,000-square-foot lease at 210 Joralemon Street in Downtown Brooklyn, as CO reported.

Paul Berkman and Davie Berke of JLL represented Maison Kayser in the 841 Broadway deal, while Mr. Forelli represented The Feil Organization in-house. A JLL spokesman did not immediately return a request for comment.