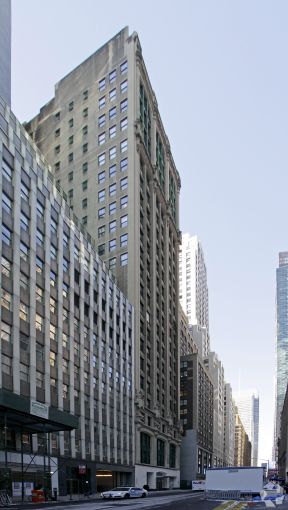 Taqueria Dos Toros continues pummeling through New York City like a bull in a China shop.

Commercial Observer has learned that the San Francisco area-style eatery has inked a 2,600-square-foot lease at 114 West 41st Street between Avenue of the Americas and Broadway near Bryant Park, according to CBRE, which represented the landlord. The ground-floor entrance will be on the West 40th Street side of the building, per a press release from the brokerage.

The deal is for 15 years, and Dos Toros is expected to open on part of the ground floor this summer. The 114 West 41st Street location will be its 12th in New York City. Asking rent in the deal was $250 per square foot, according to the release.

“As Equity Office Properties continues to make profound change with all of its upgrades, we are very excited to bring in Dos Toros,” Mr. Gelber said in prepared remarks. “They will be a great amenity and I believe that with this partnership, the neighborhood will benefit from a wider array of food alternatives.”

Last month, CO reported that Dos Toros would be opening two other locations in Midtown. First, Dos Toros signed a deal for 3,200 square feet spread across the ground floor and the basement at 636 Lexington Avenue. Dos Toros is opening another location at 1290 Avenue of the Americas between West 51st and West 52nd Streets, where it leased 2,191 square feet.

Regarding the deal at 114 West 41st Street, Dos Toros Co-Founder Oliver Kremer said in prepared remarks: “Getting into the Bryant Park market is important and exciting for us. With all of the outdoor space and the local feel, it almost feels like the Union Square of Midtown.”

Mr. Langer told CO that the brokers had been looking for a location near Bryant Park for some time.

“When the opportunity presented itself, we jumped on it,” he said in an email. “Dos Toros is glad to be a part of the evolution of the Bryant Park retail landscape.”