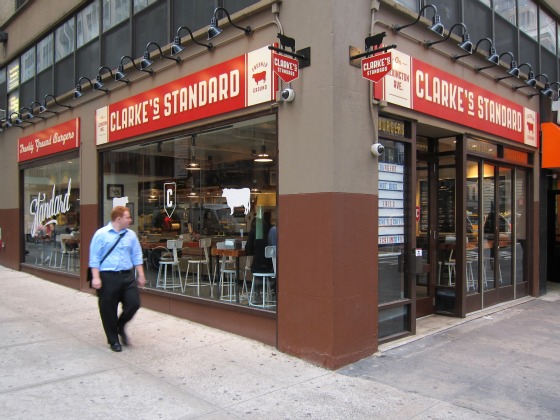 The chain will be opening in 1,200 square feet at grade at 636 Lexington Avenue at the corner of East 54th Street (and the eatery is taking 2,000 square feet in the basement for storage and prep work), according to information from Zelnik & Company, which brokered the deal. The space was formerly home to Clarke’s Standard. The asking rent was $375 per square foot. Dos Toros anticipates opening around the New Year.

At 1290 Avenue of the Americas between West 51st and West 52nd Streets, Dos Toros signed a lease for 2,191 square feet on the ground floor, in space previously occupied by Yip’s Oriental Express. The asking rent was $225 per square foot. Dos Toros is slated to open at this location in early spring 2016.

Both leases are for 10 years, according to a source with knowledge of the deal.

Adam Langer of Zelnik & Company, Dos Toros’ exclusive agent, represented Dos Toros in both deals. Both landlords, MacArthur Capital Group at 636 Lexington Avenue and Vornado Realty Trust at 1290 Avenue of the Americas, were represented in-house. Vornado declined to comment through a spokesman and MacArthur Capital Group didn’t immediately respond to a request for comment.

Dos Toros first launched in Union Square in 2009 and has eight open outposts throughout Manhattan and Brooklyn. It will be opening Downtown at 101 Maiden Lane later this fall, as CO previously reported.