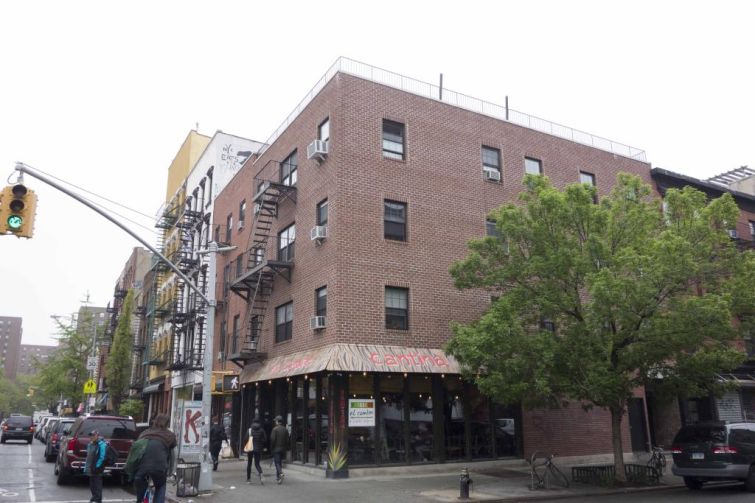 The East Village building at 194 Avenue A. Liam La Guerre

The four contiguous buildings, located at 194-196 Avenue A and 503-505 East 12th Street, were purchased from a group led by Lucky Bhalla of Ascot Properties NYC.

Mr. Bhalla had owned the properties at the intersection of Avenue A and 12th Street since 1996. He did not immediately return a request for comment. The buildings comprise a total of 16,586 square feet with 15 apartments, 12 of which are market-rate. In addition there are three retail spaces amounting to 4,500 square feet. It is partially occupied by Mexican restaurant El Camion Cantina and Double Wide Bar & Southern Kitchen.

“We are excited to control four buildings on a prime corner of Avenue A and 12th Street in the East Village,” Daniel Wrublin, a principal at Dalan, said in a prepared statement.  “The properties are in good condition, but we have substantial improvements planned to take them to the next level.”

Todd Jacobs of Bold New York worked on the deal on behalf of the buying party, while Kevin Salmon of Khizer Property Advisors (formerly Khizer Salmon) represented the seller.

“Between the L train and all other good developments happening on 14th Street, there is a bright future for this area of the East Village,” Mr. Jacobs told Commercial Observer.

Mr. Salmon said that Mr. Bhalla, who owns multifamily properties across the city, is actively looking to sell some residential buildings and buy more retail.

“Lucky feels more comfortable at his age to do retail,” Mr. Salmon said. “He wants to take most of his multifamily holdings to retail.”

In May, Dalan Management partnered with RWN Real Estate Partners to buy a six-story residential building at 235 Elizabeth Street between East Houston Street and Prince Streets for $14.6 million, as CO previously reported.