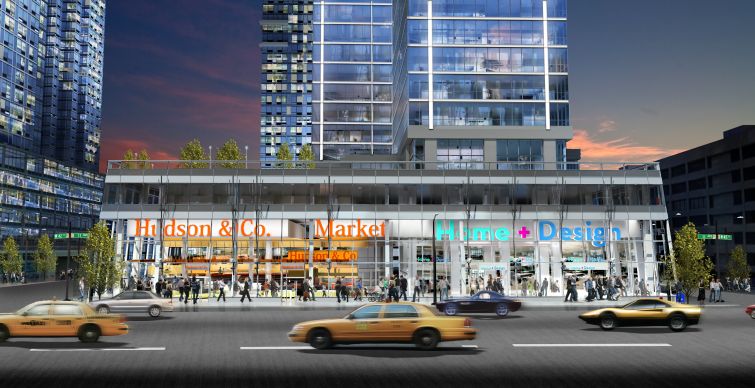 It’s not just Times Square and the bus terminal that are in for a makeover—a huge expanse of far West 42nd Street is getting in on the act.

The submarket has created little fanfare though, and Patrick Smith, executive vice president and principal of SRS Real Estate Partners (who left for JLL this week), thinks it deserves more attention.

“It’s an emerging neighborhood with dense high-rise residential streetscape,” said Mr. Smith, citing its close proximity to the West Side Highway and a massive development popping up.

There are approximately 15,100 residential units and 670 hotel rooms along the corridor, according to Mark Kapnick, senior vice president of SRS who is also marketing Sky. Between the former location of a Mercedes-Benz dealership and other development sites, there are 1,500 residential units and 1,000 commercial spaces in the making.

That includes One MiMA Tower between Ninth and 10th Avenues, being converted by Kuafu Properties to a 151-unit condominium. Then there is Silverstein Properties’ 1,359-unit Silver Towers at 620 West 42nd Street off 11th Avenue. Across the street, there’s Sky, a 1,175-unit luxury rental tower being developed by The Moinian Group, at 605 West 42nd Street.

The SRS team is marketing Sky’s two-floor retail space, which will be enclosed next month. The glass box is comprised of 20,000 square feet on the ground floor and 50,000 square foot on the lower level, and fronts 11th Avenue.

With 30-foot ceilings and a parking deck, the 70,000-square-foot space is a boon for large box retailers such as home improvement stores and supermarkets. It also provides easy access for those who prefer to pull in and shop instead of using delivery service.

“The space is designed so that it works for larger format retailers that have heavy loading requirements and need large column spaces,” Mr. Kapnick said. “It provides a very suburban shopping experience within an urban environment.”

While the space can also be sliced up for multiple boutique daily needs retailers, SRS hopes to throw a luxury car dealership in the potential tenant mix. (Auto dealers are mostly concentrated between West 46th and West 58th Streets along 11th Avenue in Hell’s Kitchen.)

In October last year, Moinian applied (and received) a zoning amendment that allows automobile servicing, according to a filing with the city. That means dealerships don’t have to worry about the gooey oil deposits and clunking noises when they repair cars.

“It’s almost like having a liquor license when nobody else has it,” Mr. Kapnick said.

Marketers believe the long-awaited 7 train extension will also bring increased pedestrian flow to the corridor, which sits below the much anticipated Hudson Yards.

While shops and restaurants in the district are slated to open in 2018, Messrs. Smith and Kapnick think the West 42nd Street corridor is poised for reinvention.

“Unlike Hudson Yards that’s something far in the future, this is happening right now,” Mr. Smith said. “The activation of streetscape is almost overnight.”