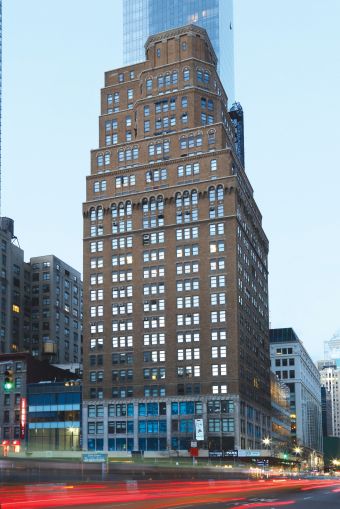 Zero Point Zero Production, the television media company behind programs Anthony Bourdain: Parts Unknown and The Hunt With John Walsh, has renewed and expanded its office space at 875 Avenue of the Americas at the northwest corner of West 31st Street, Commercial Observer can report.

The 10-year renewal gives Zero Point Zero 37,739 square feet, a bump from its existing 15,000 square feet, according to a Lee & Associates news release. The company will now have space spanning three and a half floors in the 26-story, 270,000-square-foot building, one block from Penn Station.

The deal was done directly with the landlord, a partnership including some of the partners of Lee & Associates (though not the brokers involved in the deal). The tenant will assume the new space in the first half of 2016. Asking rents in the 95 percent occupied building are in the mid- to high-$50s per square foot. A couple of tenants who have moved to 875 Avenue of the Americas within the past year include Rashti & Rashti, a division of HJ Rashti & Company, and Compliance Science.

“Since the completion of a multi-million dollar capital improvement program last year, our team has leased more than 100,000 square feet at the building,” said Peter Braus of Lee & Associates, who brokered the deal with colleagues Dennis Someck and Mitchell Kunikoff, in prepared remarks. “The new tenant base has been upgraded significantly to include some [technology, advertising, media and information, or] TAMI businesses and old-line family-owned firms like F. Schumacher & Co.”

As CO reported in February, F. Schumacher & Co. was leaving its digs at 79 Madison Avenue between East 28th and East 29th Streets this past summer for 875 Avenue of the Americas.