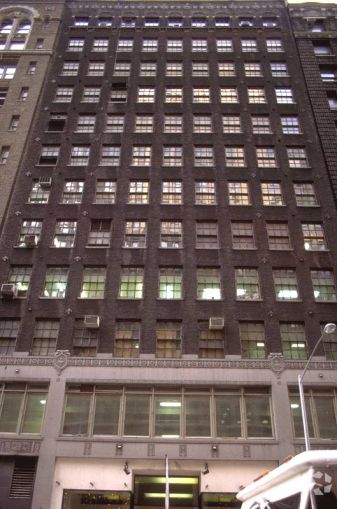 A manufacturer’s representative group, a real estate brokerage and a digital printing company have each signed new 7,200-square-foot leases at Bassett Properties’ 44 East 32nd Street, the brokerage representing the landlord told Commercial Observer. They will all be relocating from nearby locations.

In addition, two companies renewed their full-floor leases in the building, which is between Park Avenue South and Madison Avenue, and is home to music venue The Cutting Room. Newmark Grubb Knight Frank’s Paul Davidson and Roy Lapidus represented the landlord in the five deals. The asking rent in the building is $48 per square foot.

“Situated in the heart of NoMad and surrounded by some of the city’s most popular hotels, restaurants and shops, this unique building represents an ideal location for the thriving businesses leasing space,” Mr. Davidson said in prepared remarks.

Urban Office, an independent manufacturers representative group which provides contract design products and fabrications, has leased the seventh floor for 10 years. NGKF’s Jamie Jacobs and Alex Radmin represented the tenant in the transaction. The firm’s current offices are at 245 Fifth Avenue close to East 28th Street.

Top Notch Graphics, which is located at 39 West 19th Street between Fifth Avenue and Avenue of the Americas, has secured the second floor for 10 years. NGKF’s Allen Gurevich and Michael Moorin worked on the tenant’s behalf.

The two companies to renew their leases after seven years in the building are textiles firm Chilewich on the entire eighth floor for seven years and PRG Post boutique video and audio production center on the 10th floor for 10 years. David Badner of Norman Bobrow & Co. represented Chilewich in the deal and Lisa Ann Pollakowski of NGKF worked on PRG Post’s behalf.

The 12-story, 90,000-square-foot building between Park Avenue South and Madison Avenue was built in 1916, a NGKF press release indicates. Basset Properties purchased the building for $510,000 in 1980, according to CoStar.