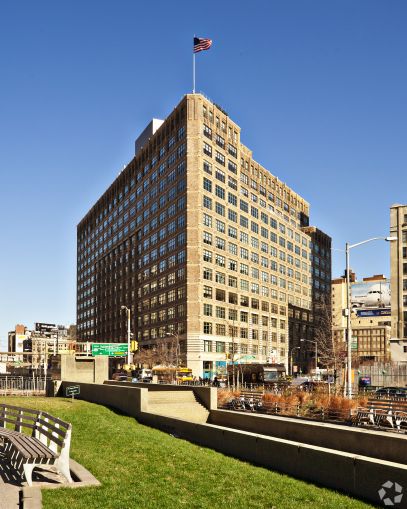 It’s no surprise, but TAMI—technology, advertising, media and information—was the dominant force during the third quarter of 2015 for Midtown South.

The region, defined as Penn Station all the way down to Soho, saw two six-figure deals between July and September, and the availability rate dropped a mere 4 percent, according to a first look at Newmark Grubb Knight Frank’s quarterly report. That’s in part because a combined 263,381 square feet came available at 1 and 2 Penn Plaza.

There have also been more than 100 transactions since January in which the asking rent was north of $60 per square foot, according to Stephanie Jennings, NGKF’s director of tri-state research. That number was just approaching 90 at the same time last year, she added.

Rates were highest in the Hudson Square area, which had an average asking rent of $79.39 per square foot, according to the NGKF report. The neighborhood also had the highest availability rate at 12 percent, or about 1.3 million square feet.

Not far behind was Times Square South—or, Herald Square up through parts of the Garment District—with an availability rate of 11.9 percent, which translates to 4.3 million square feet.

“They’re both pretty small markets,” Ms. Jennings said. “Hudson Square is more and more on people’s radar, but a large block or two can swing the availability rates more than you think.”

But a significant amount of that space is already getting commitments. Social media consulting firm VaynerMedia signed on to 88,000 square feet at the Related Companies’ 10 Hudson Yards, which is opening next year. Earlier this year, Skadden, Arps, Slate, Meagher & Flom announced it was leaving Times Square for roughly 550,000 square feet at Brookfield Property Partners’ 1 Manhattan West.