So… Who Would You Like to Be President of the United States? 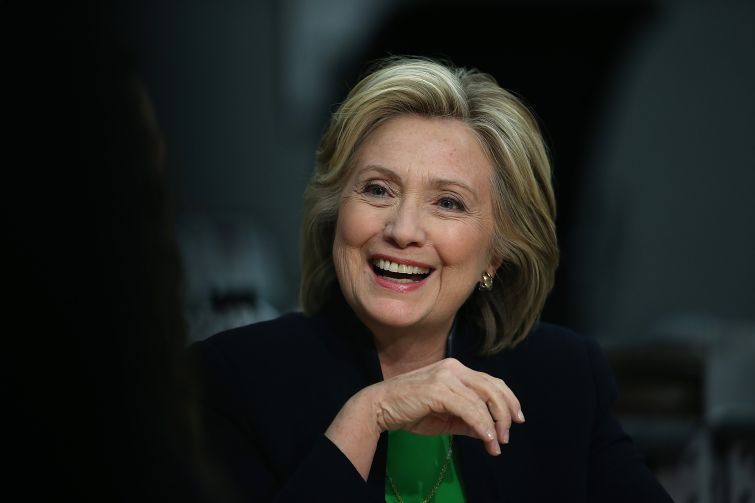 This was the one question that well more than half of the developers we surveyed refused to answer—and some didn’t even want to take the rest of the survey when they saw it! Others outright walked away from the survey at the outset because of that question—even when we said, “Ya know, you can always pass on a few.”

“I’m not answering that one,” said one of the developers who spoke to Commercial Observer by phone. “But I will say: Donald is a very good friend of mine…and he’s got some good ideas.” (Needless to say, he meant Donald Trump, father-in-law of CO’s publisher.) And he was not the only one who had nice things to say about New York’s homegrown real estate mogul and candidate for the GOP nomination.

We tried to pose the question as broadly as possible; we never said, “which of the candidates running?” or words to that effect. If a developer answered “Abraham Lincoln” it would have been acceptable. (Who wouldn’t want to vote for Lincoln?)

Also, if they wanted to draft a player a little less fantasy than Lincoln, but who still wasn’t in the contest, we would have been happy if they had said “Mike Bloomberg” or “Rudy Giuliani”—and several (unprompted) threw out Mr. Bloomberg’s name. (“It ain’t going to happen,” lamented Nick Bienstock of Savanna, “but I’d vote for Mike Bloomberg.” Mr. Bloomberg got more love than any single candidate in the race except Hillary Clinton.)

In some cases, these landlords are observing the rule you learned as a kid: don’t discuss politics over the dinner—or boardroom—table. Some have corporate boards to answer to, which want to have warm relations with everybody, irrespective of party. So unless everyone’s seen the Bernie Sanders pin in your lapel, what’s the point of naming names? (Alas, nobody named the Brooklyn-born Mr. Sanders as his or her pick.)

For others, the question is slightly more fraught.

“I like to think of myself as a liberal conservative—or a conservative liberal,” said Charles Cohen of Cohen Brothers Realty Corporation when we met with him at his East 59th Street offices. Mr. Cohen seemed like he legitimately hadn’t made up his mind about which candidate he found most appealing.

“If I could combine the best attributes of Donald Trump and Hillary Clinton, that would be a candidate I would vote for,” declared Colliers International’s Eric Meyer.

And, yes, in the off-the-record conversations we had with the various captains of the industry, a lot of them tended to veer conservative in fiscal matters and liberal in social matters. For the most part, however, they seem to share a lot of disdain for the current occupant of the White House.

We seemed to have better luck asking the developers whether they considered themselves more of an Andrew Cuomo sort of person, or a Bill de Blasio-ite.

So, which appealed more to the developer sensibility? Mr. Cuomo, the cunning, shrewd, sometimes ruthless son of a governor, who had taken his father’s place after a lifetime in state and national politics? Or Mr. de Blasio, the progressive, idealistic, former city councilman from Brooklyn?

Mr. Cuomo won by a blowout.

Only hotel king Sam Chang of McSam Hotel Group was an outright de Blasio booster. A couple of others, like MaryAnne Gilmartin of Forest City Ratner Companies, refused to play sides. “New York is very lucky to have both so we don’t have to choose,” she said. A very politic answer.

The one real estate guy who summed it up best for himself and his peers when asked if he were more of a Cuomo guy or a de Blasio guy was Muss Development’s Jason Muss who answered: “I am more of a ‘Give me a break and please don’t ask me that question’ kind of guy.”