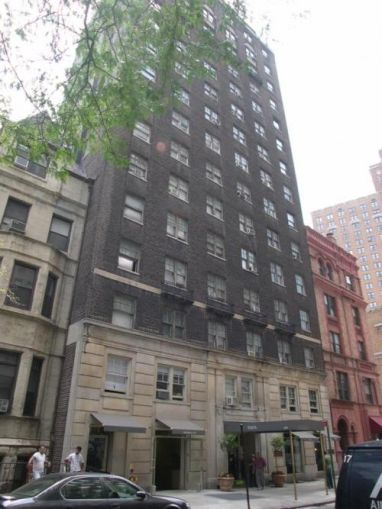 In a foreclosure sale in April 2013, the developer and owner paid $43 million for the former 200-unit single room occupancy Parc Lincoln Hotel between Columbus and Amsterdam Avenues, Jonathan Simon, the founder of SBD, told CO.

The company began a $15 million gut renovation of the property early last year to transform it into a luxury rental apartment building called AMSTRDM. Renovation is still underway on the lobby and hallways, with completion slated for January.

“We have exceeded our [expectations] so we have decided that it is a good time to sell,” Mr. Simon said. “But there is still a lot of upside for a potential buyer. It’s win-win.”

There are approximately 162 units comprised of studios and one- and two-bedrooms. Of the total units, 85 are free market with high-end finishes designed by Vicente Wolf. One-bedrooms are listed for around $3,000 per month on StreetEasy. Building amenities include a residents’ lounge, a gym and a 24-hour doorman.

“The AMSTRDM represents a world-class investment opportunity with a unique combination of high-quality construction and renowned location, and it offers potential buyers the ability to convert the property to residential condominiums or a hotel,”  Cushman & Wakefield’s Guthrie Garvin, who is marketing the building for sale with colleagues Robert Knakal and Paul Smadbeck, said in prepared remarks.

Cesca, a popular contemporary Italian American restaurant, occupies the ground-floor commercial space in the building through 2030.