Sean Black Knows How to Fight for a Good Deal 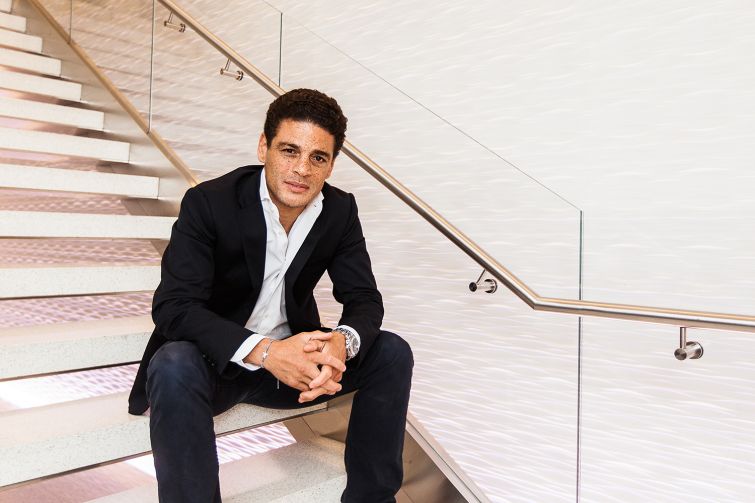 Anybody can sit around and daydream about becoming the next Muhammad Ali or James J. Braddock. (Or, at least, fantasize about sharing in their punishing profession.)

It takes a certain amount of willpower, grit, skill and drive to really do it—as Sean Black did, in 1996, when he rose to become a middleweight boxer representing Jamaica, where his father was from.

But he had the determination and tenacity to make it there, compete and tie for 17th place. Three years later, he won bronze at the 1999 Pan American Games. In Mr. Black’s mind, it was mostly about outworking the competition and training harder than anyone else.

“I remember the day I decided to go to the Olympics,” he said. “It was a decision. ‘I’m going to the Olympics. That’s it.’ It was a complete shift in my mental map. I started modeling that behavior [of an Olympian]. In order to do what you want to do, you have to start behaving like how you want to become.”

That’s something that started when his mother pulled him out of a Houston public school (the city where he says he was toughened) and plunked him in a small, all-boys private school in Toronto (where he says he got his civility).

That mindset has carried over into his work as a broker, representing tech tenants in New York City as the sector emerges to become a bona fide industry. His prowess brought him to Cushman & Wakefield in July, a company he joined in transition as it was acquired by DTZ, and he’s becoming a new secret weapon for the shifting brokerage. Mr. Black’s clients said he understands the needs of young tech companies, can sway landlords to sign tech tenants and doesn’t abandon a deal that might be going south. After all, he’s seen tech tenants start to shift from Midtown South to Downtown, and represented some of those companies in game-changing deals for the submarket.

“He is very creative and tenacious,” said Shlomo Silber, the co-founder of Cowork|rs, who started working with Mr. Black before the shared workspace provider even fully unveiled its concept. “We’ve had other brokers that when things start to get rough, they give up on things. He does not give up on deals.”

When Commercial Observer met with Mr. Black, 44, in his C&W office last week, he was closing in on a deal that’s going to bring Olapic, an image-focused marketing and commerce startup, from Midtown South to Financial District’s Brookfield Place.

That’s just the latest in a string of Downtown tech deals Mr. Black has arranged, either with C&W or at JLL, where he worked for more than six years. He represented WeWork at 222 Broadway in 2013, in which the emerging coworking firm took a mammoth 120,500 square feet. In April of this year, he represented Cowork|rs in a 33,000-square-foot deal at 55 Broadway, and 40,000 square feet around the corner at 60 Broad Street in June, as CO previously reported.

Mr. Black said the WeWork deal at 222 Broadway between Fulton and Ann Streets was the tipping point that allowed small- and medium-sized tech companies to feel comfortable moving Downtown. In a nutshell, he said, it did for tech companies Downtown what Condé Nast’s move to 1 World Trade Center did for medium to larger companies (think HarperCollins’ subsequent move to 195 Broadway and Time Inc.’s move to Brookfield Place).

Coworking spaces have taken off since Mr. Black first started working with WeWork about five years ago and then Cowork|rs about two years later. WeWork now has close to 2 million square feet in New York City, and other prominent Downtown locations including 25 Broadway, 85 Broad Street and one slated for 110 Wall Street. The company had a valuation of $10 billion when it entered a fundraising round in June. Cowork|rs has 135,000 square feet in total between Midtown South, Downtown and the Gowanus section of Brooklyn.

When it comes to Downtown, Mr. Black said coworking spaces have played a key role in the success of the area because they provide an office design that’s different than the neighborhood’s traditional, institutional look with drop-down ceilings. That becomes crucial for a young company trying to draw talent. He said potential employees are weighing how cool a company’s space can be when they decide between a working at a startup or at Google. His argument is that without coworking spaces, New York City’s tech scene would be reduced to overcrowded coffee houses.

“He gets our culture,” Mr. Silber said. “He knows the millennial culture and can bridge that gap with the bigger landlords.”

Mr. Black said it’s about guiding these companies through the leasing process. A key component is to understand that there’s uncertainty about their businesses, he said, and it’s crucial for a broker to understand concerns the companies are facing—notably, that they’re viable to landlords.

When Mr. Black first started representing Mr. Silber’s company three years ago, Cowork|rs was just a concept. Mr. Silber recounts that landlords “were just basically laughing us out of their offices.” He met Mr. Black through a mutual acquaintance. Then a broker with JLL, Mr. Black said he was able to convince landlords that Cowork|rs would be a viable business model.

On a larger scale, that’s something Mr. Black said he does with landlords who could be iffy about signing a young tech company that might not appear to have a lifespan of more than a few years. Mr. Black said he’ll figure out the reason behind a landlord’s “no,” then how to attack that reasoning, sell the landlord on the idea that a tenant is going to be something greater and eventually turn it into a “yes.”

“You’ve got to convince [landlords] that you’ve got the right operator, with the right model,” Mr. Black said of coworking spaces. “The landlord’s investing in a bigger idea that [the companies are] going to become something much bigger than where they are today.”

Pau Sabira, the co-founder of Olapic, said Mr. Black reached out to him about two years ago, after the company had a fundraising round, and was persistent in keeping the company up to date on the real estate market. After another fundraising round this year that brought in $15 million, Mr. Sabira said new offices became part of the discussion and Mr. Black showed him a slew of options. It was up to Mr. Black, he said, to clearly explain to landlords what the company does, the type of layout it needs and to ensure them that Olapic would be a viable tenant.

“He goes the extra mile in kind of convincing landlords to bet on us, because, after all, we are a technology company,” said Mr. Sabira, whose company has grown from 20 employees to 140 in the last two years. “We don’t have the financials an established insurance company might have. [But] we’re growing our teams tremendously fast.”

In Toronto, where he had family, the teenaged Mr. Black found himself among a small group of overachievers, and felt intimidated and under pressure to keep up. Mr. Black would study until he fell asleep—rereading a single page several times, in some cases, until he fully understood the material.

That carried over into boxing, which he picked up while a student at the University of Western Ontario. He said he came off initially as a privileged college kid who couldn’t compete. He kept notes of his moves, how to fight people with different styles and memorized them until his muscles were synched with his brain. Throughout his athletic career, Mr. Black said he had 125 fights, losing only 15 of them. Today, in his office, his tattered notebook with all those moves sits between a copy of Ayn Rand’s Atlas Shrugged and Thomas Friedman’s The World Is Flat.

That work ethic caught the eye of C&W’s Bruce Mosler and other executives at the company. Mr. Mosler, the chairman of global brokerage, was part of the group that eventually brought Mr. Black to C&W two months after DTZ announced it was buying the brokerage, and another two months before the deal was finalized.

The two really got to know each other when Mr. Mosler represented the Sapir Organization and Mr. Black represented WeWork in a 2012 deal that put the company in 44,000 square feet at 261 Madison Avenue. Mr. Mosler said the broker’s ability to take the long-term view and set week-by-week goals was something that would become an asset to the company, as well as provide a leadership role for the rest of the company.

“I think he would say what got him to the top of his field was hard work and dedication,” Mr. Mosler said. “He’s just a motivated person. He’s looking for building blocks. He looks at how to get there all the way.”

For Mr. Black, he said it’s all about keeping focused and in a forward direction—something he picked up from boxing. When it came to brokerage, he said, he used an adage from his coach: “Don’t stop to admire your work.” He jumped out of his chair and moved around a bit as if he was back in the ring, and he explained how you could deliver a destabilizing punch. Your opponent could fall flat on his back. But, he said, if you become awestruck at the blow, start looking around to see how much pain he’s in, your opponent has time to recover and suddenly you’re the one that’s in danger.