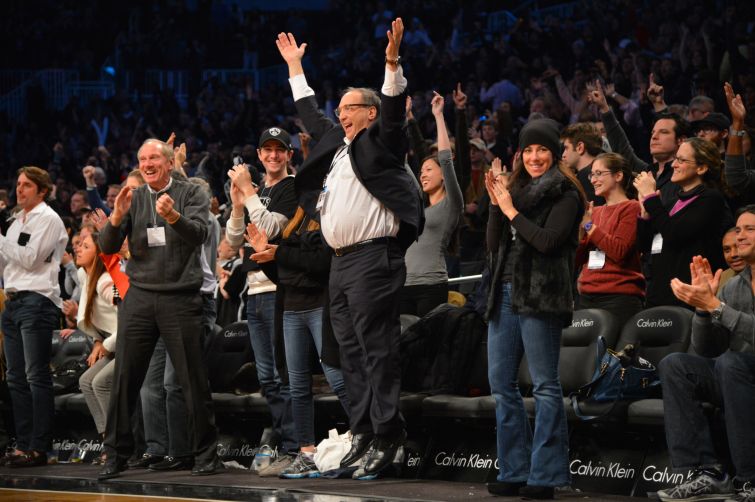 When it comes to the biggest landlords and developers in New York City, there’s always the talk about their biggest assets like the shimmering towers that make up the Related Companies’ Hudson Yards project, the entire neighborhood that Forest City Ratner Companies is building in Brooklyn or the gut renovation of 380 Park Avenue (although it’ll soon be 390 Park Avenue).

But what might sometimes go under the radar is an asset of an entirely different class: the sports franchises and arenas that are owned by some of the upper crust at New York City’s most established real estate firms. These cover the four major league sports: baseball, basketball, football and hockey. While the real estate honchos are mostly loyal to New York City teams, one bigwig even has dibs on a bitter Big Apple football rival.

Baseball has been a big topic in New York City real estate for years and not just because Rudy Giuliani wanted to put the Yankees on the Far West Side during his mayoral tenure. Robert Lapidus and David Levinson, the founders of L&L Holding Company, both own stakes in Yankee Global Enterprises. We can confirm that both developers have championship rings, too, and we’ve spotted Mr. Lapidus sporting his World Series hardware in the past.

“As lifelong New Yorkers with a shared passion for baseball, it is our honor and an absolute privilege to be part of the winningest franchise in sports history,” said Mr. Levinson, who, like Mr. Lapidus, doesn’t disclose how much of a stake he owns. “Our only regret is that we don’t own more of the Yankees.”

But baseball and real estate run deeper than that. Fred Wilpon, the chairman and co-founder of developer Sterling Equities, was able to turn his 5 percent share of the New York Mets into half ownership with publishing scion Nelson Doubleday at about the same time the team won the 1986 World Series. Mr. Wilpon bought the late Doubleday’s half of the team in 2002 for $135 million after years of animosity between the two. The developer now owns the team with brother-in-law Saul Katz, as well as minority stakeholder/comedian/pundit Bill Maher.

Mr. Wilpon (who’s been heavily criticized for his management of the team over the last 30 years) is also putting his real estate skills to use around Citi Field. Sterling is partnering with Related to develop Willets Point—the area to the east of the ballpark that’s slated to become a mixed-use project. The development is currently in limbo as Mayor Bill de Blasio pushes for more affordable housing at the multi-phase development.

Related’s executives know a thing or two about sports, too. The mega-developer’s founder, Stephen Ross, first bought a 50 percent stake in the Dolphins with a partner in February 2008, according to his biography on the team’s website. Within a year, the South Florida native was able to up his ownership to 95 percent of the team. In a twist of gridiron irony, Related is developing the Hudson Yards, the Far West Side site at which former Mayor Michael Bloomberg once hoped to build a new stadium for the Dolphins’ rival, the New York Jets. (While we’re on the topic of the Jets: Related ended up hiring the team’s former president and face of the doomed stadium project, L. Jay Cross, to oversee its Hudson Yards development.)

Although Forest City may no longer be on the Nets roster, the New York Islanders will bring its own real estate connection to the Barclays Center. That’s because Scott Malkin, the older brother of Empire State Realty Trust’s chief, Anthony Malkin, is the new co-owner of the team, which is playing in the Brooklyn arena for the first time this year.

Scott Malkin, the founder of London-based Value Retail, bought the team with former college roommate and sports buff Jonathan Ledecky, with the sale finalizing last fall. The two are currently minority owners until they take full control of the franchise before the next season.