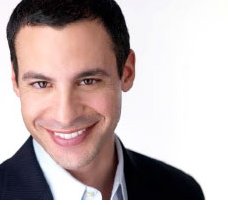 Jeffrey Nissani and his brother Erik Nissani have left Marcus & Millichap for Eastern Consolidated, Jeffrey said in an email blast.

Jeffrey, now a senior director, indicated that they “will continue to focus on office and retail condo/coop sales, office building sales and leasing.”

The brothers handled investment and sales for the Nissani Group at Marcus & Millichap. As Commercial Observer reported in July, Jeffrey represented both sides in MJ Orbach Associates’ $3.6 million purchase of an office condominium at 70 West 36th Street near Herald Square.

Daun Paris, the president and co-founder of Eastern Consolidated, said in a statement: “We are delighted to have Jeff and Erik join the Eastern Consolidated team. Together they bring with them nearly 30 years of experience in the New York City commercial real estate industry, and represent the caliber of professionals we are continuing to add at all levels. They will be tremendous assets, both in terms of deal generation and the creative, collaborative mindset that defines our culture.”