NYCB to Merge With Astoria Financial in $2B Deal 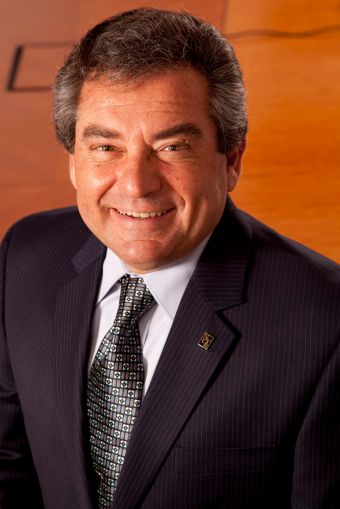 “We are truly excited to be announcing this merger with our neighbor and friendly competitor, Astoria Financial, the parent of 127-year-old Astoria Bank,” Joseph Ficalora, NYCB’s president and chief executive officer, said in prepared remarks. “We’ve been prepping for a large merger since the end of 2011 and, now that all the stars have aligned, I have to say: It certainly looks and feels right.”

Under the new company, Mr. Ficalora will maintain his current role, while Astoria Financial President and CEO Monte Redman and Chairman Ralph Palleschi will become members of the board of directors of NYCB and its subsidiaries.

“We are very pleased to be merging with New York Community Bancorp—the preeminent multifamily lender in New York City and a worthy competitor for deposits in the markets we share,” Mr. Redman said in the release. “Combining our significant strengths will create an institution that creates exceptional value for our investors while maintaining our strong commitment to our customers and communities throughout metro New York.”

The acquisition and merger provides the necessary scale for the bank to cross the domestic systemically important bank, or D-SIB, threshold of $50 billion, an NYCB spokesman confirmed. The Westbury, N.Y.-based bank, which has $49 billion in assets and a real estate loan portfolio of nearly $32 billion as of Sept. 30, 2015, has been preparing to do so for several years, and is expected to qualify by the second quarter of 2016 without an acquisition.

Astoria Financial has $15.1 billion in assets and 87 locations throughout New York. As a result of the merger, those branches will operate under the Astoria Bank Division of NYCB. The newly formed banking company will have more than 350 combined locations, 241 of which are located in New York City, Long Island and Westchester.

NYCB has grown its loan book, client base and geographic footprint through seven traditional mergers and two government-assisted transactions over the past 15 years. Among those was the acquisition of Cleveland-based AmTrust Bank in December 2009.

“We’ve taken out market competitors and increased our share of the market,” NYCB Senior Executive Vice President and Chief Lending Officer James Carpenter told Commercial Observer in a sit-down interview at the bank’s Hicksville, N.Y. office in late September. “We’re an acquirer and that’s a very important part of our business model, so we’ve prepared the company’s infrastructure for that growth.”

In preparation for the merger, NYCB stated that it will prepay roughly $10 billion in wholesale borrowings, which will result in a one-time prepayment charge of roughly $614 million. Astoria Financial shareholders will receive one share of NYCB common stock and $0.50 in cash in exchange for each share of stock held by the date of the merger, according to the press release.