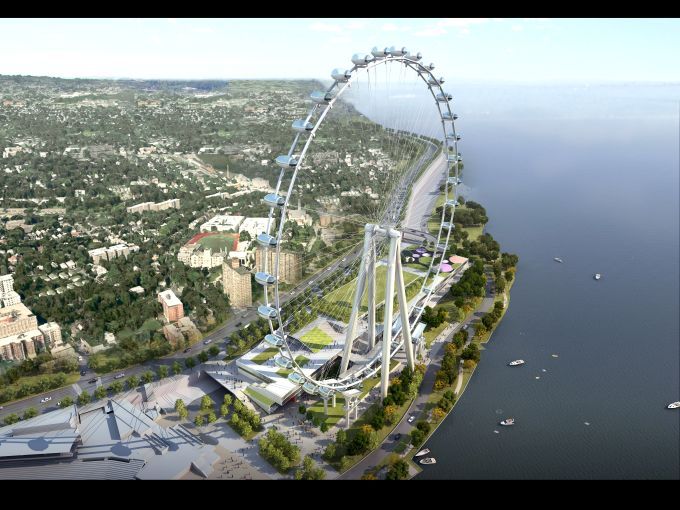 The New York Wheel on the north shore of Staten Island is a step closer to getting its second zoning approval in two years, following a unanimous vote by the New York City Council’s land use committee today.

Proposed changes to the $550 million observation wheel, set to be the tallest in the world, will next go to the full City Council, which is slated to vote on the project next Tuesday. If approved, it needs the sign off from Mayor Bill de Blasio.

Councilwoman Deborah Rose, who represents the north shore, supported the wheel changes at the land use hearing earlier today. She said the company behind the project had worked well with the community in getting the wheel off the ground, according to the Staten Island Advance.

Because Mr. Rose is backing the changes, they’re expected to cruise through the full 51-member City Council vote on Oct. 28.

New York Wheel LLC refiled the project for the Uniform Land Use Review Procedure (ULURP) in June. The wheel was originally approved during ULURP in 2013. But because of engineering issues, the developer applied to change the 950-space parking structure from three levels to four levels, while retaining the same footprint, as CO previously reported.

And instead of a mechanical issue, the garage will also have a natural ventilation system, which was also part of the new ULURP, Mr. Marin told CO in August. The result will be a facility that’s “a little bit more environmentally friendly,” he added.

In the meantime, the developer has been plugging away at work on the wheel itself. Construction giant Skanska started doing the foundation work in May, which includes installing 96 cassons. Mr. Marin said 72 of the cassons had been installed as of today.

Parts of the Ferris wheel are set to start arriving to the waterfront construction site next February, Mr. Marin said. Crews working on the wheel are set to take over soon after with a timeline of roughly a year to the wheel’s completion.

The wheel will be almost 90 feet taller than the Singapore Flyer in Asia. The project abuts the Staten Island Ferry terminal in the St. George section of the borough.

It’s one of the two big projects around the ferry station; Empire Outlets, a 350,000-square-foot outdoor mall being developed by BFC Partners, is slated for a soft open next year. The mall is part of a 1-million-square-foot project, that includes a 198-key hotel and several restaurant concepts.