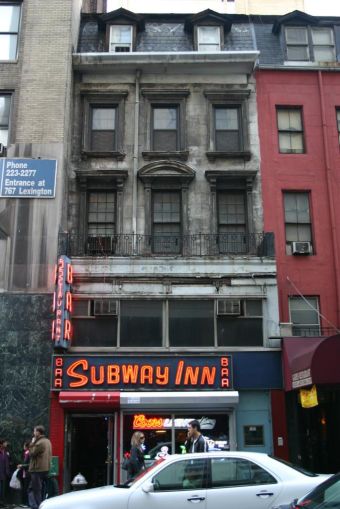 One of the buildings that Kuafu Properties bought at 143-161 East 60th Street. danibalbi

The loan from MRECS, provided through its new open-end debt vehicle Claros Mortgage Trust, is comprised of a $123.5 million first mortgage and another $76.5 million to replace existing debt on the property from M&T Bank.

Kaufu is slated to develop a luxury residential tower with 60,000 square feet of high-end retail at the base of the high-rise, according to an MRECS spokesman. Capitalization on the project—including the acquisition, predevelopment and closing costs—is currently about $400 million.

The Chinese development firm bought the site, which extends between Lexington and Third Avenues, for $300 million from New York-based World-Wide Group. The company went into contract for the site in June, according to The Real Deal, and the sale closed in October. The property was previously home to the beloved Subway Inn dive bar, which moved to 1140 Second Avenue at East 60th Street earlier this year.

World-Wide Group had been assembling the property for more than a decade, the MRECS spokesman said. The site sits directly across from the Bloomingdale’s flagship store, and contains more than 282,000 buildable square feet.

Kuafu has a number of big projects in the works, including a $340 million mixed-used development on 86th Street and Lexington Avenue in partnership with Ceruzzi Properties and Stillman Development International. The firm is currently seeking $50 million in EB-5 money for that project, and construction will begin in March, as Commercial Observer reported.