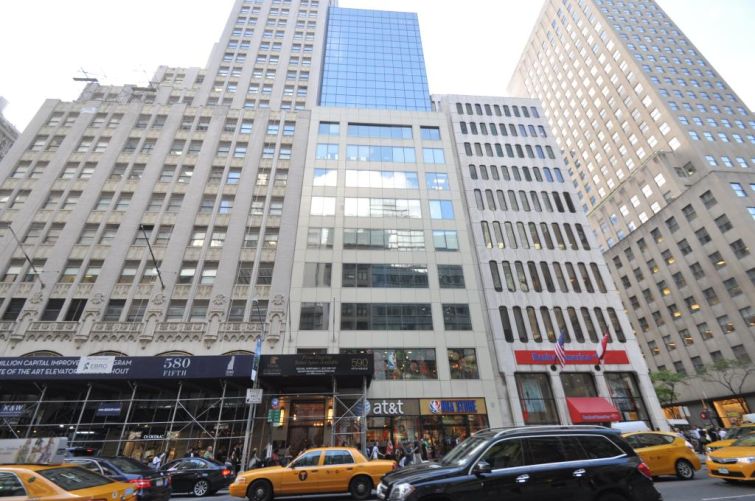 Zanella, a high-end menswear company that specializes in pants, has inked a deal for 5,063 square feet at Thor Equities’ 590 Fifth Avenue.

The Italian company is taking the entire 14th floor, which will be used for office space at the 19-story building between West 47th and West 48th Streets, according to the landlord. Zanella is taking the space for 10 years, and the asking rent was $70 per square foot, Thor announced in a press release.

The deal closed last week. This is a new office for Zanella, and the company is slated to move into the building within the month, per a Thor spokesman.

“[The building] provides office tenants with a turn-key opportunity including high-end finishes, as well as close proximity to public transportation and numerous dining and retail options,” said Adam Rappaport of Thor in prepared remarks.

Tenants in the 97,896-square-foot building include technology and management advising firm Princeton Consulting, jewelers T. Gluck & Co., Shama Gems and a slew of other diamond and gem companies.