Founder of Studley Dies at 88 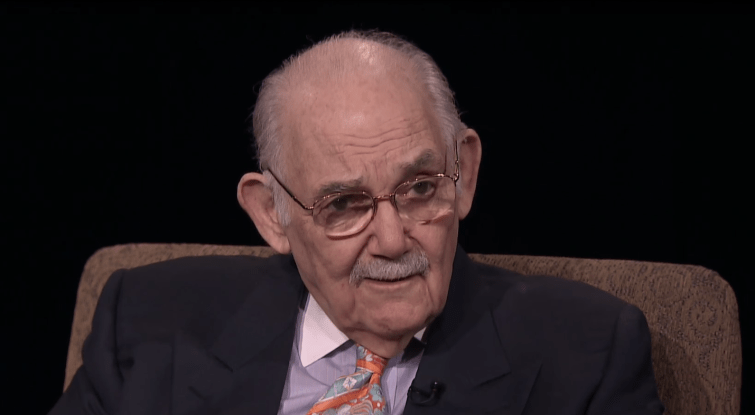 Julien Studley, the founder of what is today Savills Studley, died Monday night at age 88.

The cause of death was not immediately clear.

Studley began his namesake firm in 1954 and it became the city’s first commercial-only brokerage representing tenants. When it opened 61 years ago, Julien J. Studley, Inc., was based at 400 East 53rd Street in his personal apartment, he told The Real Deal in 2008.

Near the end of 2002, Studley opted to sell the firm to 40 of its partners for $20 million. The group raised $10 million and borrowed another $10 million to purchase the firm, The Los Angeles Times reported at the time.

London-based Savills announced in May 2014 it was buying Studley for $260 million. Now under Savills Studley moniker, the firm continues to be led by Chairman and Chief Executive Officer Mitchell Steir and President Michael Colacino.

In a joint statement, Messrs. Steir and Colacino remembered Mr. Studley as a broker who “advocated tenaciously for his clients” and a leader who fostered “creativity, collaboration and, yes, a little healthy competition…Those of us who were brought into the business by Julien are personally grateful to him for his encouragement and support. We, and indeed the entire industry, would not be where we are today if it were not for him.”

One of those impacted was Mark Jaccom, now the president of Cresa New York, who went to work for Mr. Studley in 1990, and left the firm in 2006. Mr. Jaccom said his former boss was the pioneer in started a brokerage that exclusively represents tenants. His belief was that it’s impossible for firms to represent both a landlord and a tenant without a conflict of interest, Mr. Jaccom said. He added that as a manager, Mr. Studley was a unifier for people of different backgrounds and thinking.

“Julien studley changed my life,” Mr. Jaccom told Commercial Observer. “He had a way of bringing together different personalities along the same line. He was truly the warden who knew how to control the inmates in a respectable way.”

Studley’s road to real estate was relatively unique. Born in Belgium, Mr. Studley escaped his native country with his family when the Nazis invaded in 1940. They fled to Cuba where Studley learned diamond cutting—a trade he brought with him when he moved to New York on his own at age 16 in 1944, according to an obituary published by his family today in The New York Times.

He fought in the Korean War, serving in the U.S. Army from 1950 to 1953. He told TRD in 2008 he still wasn’t a citizen at the time of his drafting and his English was “abominable.” It was after his military service that he started his brokerage firm.

“Julien became widely-known as a thoughtful and valued adviser to commercial tenants on all real estate matters and was highly respected by his colleagues and clients,” today’s obituary reads.

Studley is survived by his wife of 28 years, Jane Studley, as well as his son, Jacob, sister-in-law Helen Studley, stepson Ni jun and wife LuLu, as well as step-grandchildren Adam and Benjamin.

His funeral will be held at 10 a.m. on Friday, Oct. 16 at Riverside Memorial Chapel at 180 West 76th Street between Columbus and Amsterdam Avenues. Mr. Studley’s burial will follow at The Kensico Cemetery at 273 Lakeview Avenue in Valhalla, N.Y.