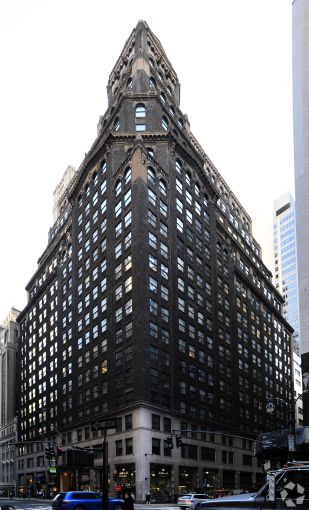 DKNY is no longer slated to relocate its headquarters to RFR Realty’s 285 Madison Avenue after talks between the fashion company and the landlord broke down, Commercial Observer has learned.

“The transaction is on hold pending an internal decision by DKNY regarding its size requirements and the related timing,” according to a spokesman for RFR. “RFR is continuing to market the space per its standard practice. If the space is still available when DKNY concludes its review, RFR will be pleased to re-engage with them.”

As Crain’s New York Business reported last month, the fashion label was heading to 85,000 square feet for its headquarters in the RFR building between East 40th and East 41st Streets after its current 135,000-square-foot lease at 240 West 40th Street expires next year. RFR declined to provide asking rents in the building, but in July, they were $78 per square foot.

That news came on the heels of announcements that DKNY is closing its retail flagship store at 655 Madison Avenue, undergoing layoffs and company head Donna Karan is departing the company.

Ms. Karan’s broker David Goldstein of Savills-Studley didn’t return requests for comment. JLL’s Alexander Chudnoff and Mitch Konsker represented RFR Realty in the DKNY deal. The JLL brokers didn’t immediately return a request for comment via a spokesman, and nor did representatives for Donna Karan.